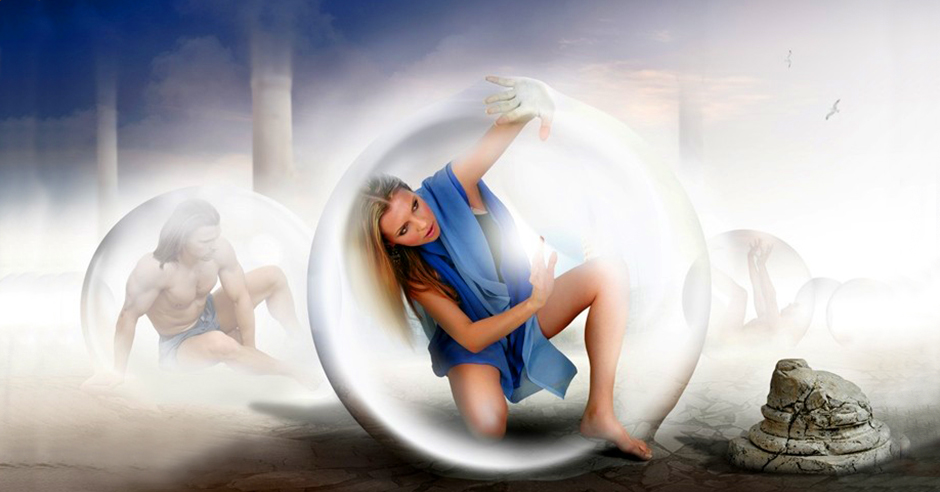 Immortality Conceptions. § 10.1.2.3. Limitations of present "human"’s Mind and "narrowness" of our current "focus"

10.0131 So it’s very difficult for an ordinary “human being” to imagine how falsely-illusory and subjectively limited his perception of outer reality is using only his sense organs; impressions of the outer reality are experienced inside his own organism on the level of physiological reactions.

10.0132 This circumstance doesn’t allow him to apprehend that which is infinitely more important and objective which is beyond the possibilities of “human” perception. All that which we are able to assimilate with the Mind and even all that which we are unable to understand happens inside the subjective evaluation system of our feelings, supplying us with distorted, at times beyond recognition, preconceived information, about any event or phenomenon that happens inside us and around us.

10.0133 “A human being’s” Mind is very limited by the system of sensory perception typical of our biological structure and is unable to distinguish among an incredible number and diversity of manifestations of Universal Energy in different kinds and Forms. The Mind simply gets confused in its sensations and evaluations, misperceiving the Energy as something stable and constant.

10.0134 However, you already know that absolutely everything in Creation is dynamic and that only CHANGES have the property of constancy, are incessantly taking place and, thereby, support the creative dynamics of Collective Intelligences on different Levels of Energy-Plasma.

10.0135 It is the degree of quality Perception of the World and of everything that exists in it that determines where exactly, on which “level” of this reality, is formed “the point of personalized Perception” of Focus in the structure of Self-Consciousness of a human being and an actual Life scenario for each “personality”.

10.0136 Indeed, our habitual, “physical” reality — which is conventionally limited by the innate acuity of our sense organs and by peculiarities of the forces of gravity, expanse and Time — in fact exists individually only in our Self-Consciousness.

10.0137 The presence of such limiting structures in the multidimensional Infinity of the Universe make it possible to manifest and superimpose innumerable Forms of life Spaces in Realities of any type.

10.0138 Such subjective and objective limitations can be considered creative, because they, in forcing us (as UFS) to constantly change our angle of vision and levels of perception when studying our outer reality, permit us to perfect, sequentially and infinitely, our original creative abilities.

10.0139 You certainly already know that any Thought that appears in the system of our Self-Consciousness, along with the Desire and Feeling that stimulate it, represents a Flow of definite types of Energy.

10.0140 That means that with the help of focused attention, concentration and quite stable fixation of the Focus of Close Attention of our Self-Consciousness on an object clearly imagined by us, on an anticipated action or an observed phenomenon, we are able to practically refocus into groups of Stereo-Types НУУ-ВВУ (NUU-VVU-Forms) on those Worlds of our wide and diversified habitation where “physical” manifestation is possible to one extent or another, that is, they can “materialize” one way or another in our Life.