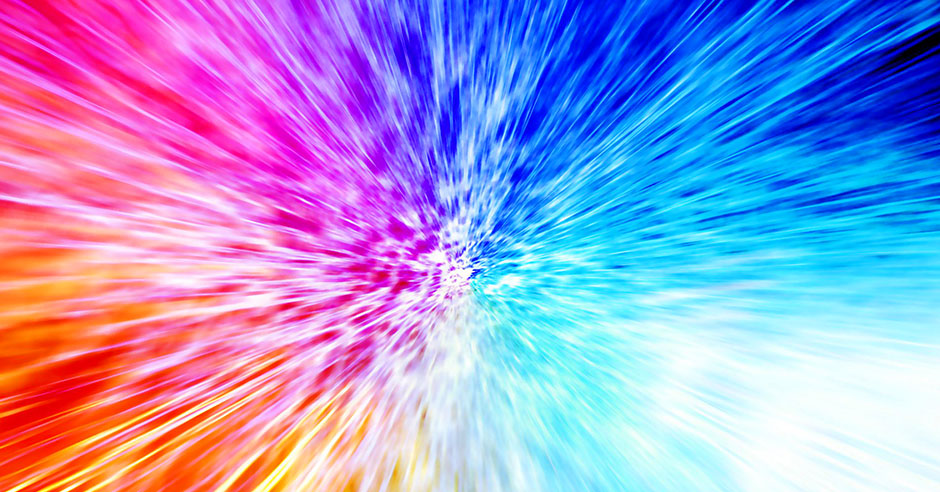 10.0460 Each Proto-Form that exists in the type of Reality peculiar only to its wave Configuration represents a real opportunity for a particular (specific in dynamics of its Creative Activity) application of UFS to bring about a mental-sensuous and “physical” manifestation. Only in this way can UFS get the life Experience — a certain Configuration of waves of a particular frequency — that is extremely necessary to implement other creative Intentions.

10.0461 If it is simply impossible to get this Experience anywhere else except this “rezonation zone” (and the Impulse to the incessant development and Self-cognition impels and forces to get it!), then it becomes absolutely unimportant to UFS which one among many Proto-Forms available to GOOLGAMAA-A to use in order to fulfill this. If it is necessary, then it is a MUST! It means that We will get the necessary Experience by all means!

10.0462 For example, from the state of Synthesis of “Creative Cosmic POTENTIALITY”, which is characteristic of the dynamics of our present refocusings in NUU-VVU-Forms of LLUU-VVU, it is possible, with the same degree of activity characteristic of the human Direction of the inertial development (ALL-Love + ALL-Intelligence + ALL-Unity), to begin to refocus in any one of many other Directions.

10.0463 Thus, a sequential Synthesis of “POTENTIALITY” without dominant Aspects of the Quality “ALL-Unity,” but with Aspects of the Quality ALL-Fullness, will provide a new Direction of the Cosmic Creativity — “INITIATIVE” or HEYYSM-AA-VUDD, which easily resonates with ALL-Unity afterwards and will lead to refocusings into flakglaass (4-5-dimensional) Levels of Energy-Plasma. This happens not through Forms that reflect “Creative Cosmic SOLIDARITY” in their Configurations, typical of these vibration Levels of the human type of development, but through PPUURPU-VVU of klazovits and GOORR-VVU of kriigmms.

10.0464 Stable refocusing of a “human” UFS in this Direction will lead to realization in Forms that reflect the state of “Creative Cosmic CONSTANCY” or ULFF-OOLL-TULMM, which is common not to LLUU-VVU-Forms but to such “human-like” (and to be more exact, such “plant-like”) Proto-Forms as HVUO-VVU (ngunmms: skargovorts, skargonts, slugupses), whose lower Forms of a low-frequency manifestation in irkkulligren Realities are the majority of the higher level representatives of “the Vegetable Kingdom”.

10.0465 HVUO-VVU-Forms, in whose creativity characteristic properties of both people and plants have, amazingly, mixed organically, tend to refocus on these Levels of Existence into RR-VVU-Forms that are close to them in Configuration and create (in our conception) intermediate Forms of Self-Consciousness that are transitional from “plant-people” to all kinds of Forms of Collective Intelligences of “a mushroom-like” type (krringrs: apprs, dlokgrs, tirrkc’es).

10.0466 Tracing the development of Forms in this Direction a little further (up to 5-6-dimensional Continuums), we find that the specific state of “Creative Cosmic CONSTANCY” resonates to the maximum extent in this frequency range with Aspects of the Quality ALL-Stability. Together, they synthesize a new, synthetic state — “Creative Cosmic THOROUGHNESS” or VHAARRG-LLU-URD.

10.0467 This Direction of the development of Forms is projected into specific properties of energy-information structures of low-frequency irkkulligren Realities in the form of such animals as cats, lions, tigers, pumas, panthers, leopards, lynxes, foxes, squirrels, martens, sables, minks, bears and many others.

10.0468 I repeat: this absolutely doesn’t mean that on those high-frequency (as compared with ours) Levels of Energy-Plasma the abovementioned species of animals manifest in Forms common to them HERE — just as “the human being” has the appearance we are used to only in Formo-systems with the dimension common to our “human” (in the traditional perception!), biological manifestation.

10.0469 It is not at all the external features, habits and reactions characteristic of this biological species that transform into less dense “human”, “human-like” or “nonhuman” states of Forms, but the specific Experience of Existence initially possible for this Form during its inertial frequency manifestation in different Formo-systems of Worlds of each of the Levels of the irkkulligren diapason of vibrations.

10.0470 Unique to each individual case, this Experience represents quintessence of everything best and most perfect what all the realization Forms of Collective Intelligences has managed to synthesize in themselves during all dynamics of creative interrelationships with other Forms.

10.0471 If we consider only a narrow vibration diapason of different-qualitative irkkulligren types of Realities, then it is possible to state with a high degree of accuracy that stable refocusings in the Direction of development and cultivation, in Self-Consciousness, of Conceptions (SFUURMM-Forms) characteristic of Aspects of such a recessive (to people) Quality as ALL-Primordiality-ALL-Initiality (when it is in dissonance with the existing Dominant ALL-Will-of-ALL-Intelligence in LLUU-VVU) will contribute to the manifestation of the state of “Creative Cosmic PRIORITY” or MMAINTANA’KNAMM-A’ALL in Self-Consciousness and to a frequency “displacement” of UFS from LLUU-VVU into LGUU-VVU-Forms of gre’ysc’es (maklaks, mafits, vergons, glumids).

10.0473 Don’t be embarrassed by the circumstance that in our (“human”) types of Realities these take the Forms of members of “the Animal Kingdom”, such as turtles, snakes, lizards and some arthropods. After a complete refocusing into another Form, all information Levels of the temporal ethereal constituent that are characteristic of Formo-Types of LLUU-VVU-Forms are completely reprojected onto the Subconscious Levels of a new Form as a synthesized Experience of existence in “a human” form.

10.0474 I would like to note especially that refocusings performed in LLUU-VVU Formo-Types in the same Direction of the possible development of Self-Consciousness (ALL-Primordiality-ALL-Initiality), but with a strong suppression of the Creative Activity of Aspects of the Dominant ALL-Love-ALL-Wisdom, inevitably cultivate the state of “Creative Cosmic EXPEDIENCE” in Self-Consciousness. In addition, they automatically displace the total frequency of Configurations of focused NUU-VVU-Forms into completely different types of Realities — into KRUU-VVU-Forms of fre’kkte’rruanc’es (kre’ffs, c’y’iyklimmurs, plauffkruyits).

10.0475 For example, with a constant decrease of the Creative Activity of Aspects of the dominant Quality ALL-Love-ALL-Wisdom, there is an obvious predominance of the dynamics common to Aspects of the recessive Quality ALL-Aspiration in the Configuration of Self-Consciousness of a Form. At the same time there is a synthesis, not of the specific state of “Creative Cosmic POTENTIALITY” in the Configuration of “a personality”, common to lower Levels of manifestation of the LLUU-VVU-Forms of PROOFF-RRU, but of a wholly different state — “Creative Cosmic DEVOTION” or BOKKUBORTM-KAA-ORT — typical of the Creativity of KROOSS-VVU-Forms of tiyneyleyds (plarstiyi, nella’urds, klaumkrs).

10.0476 When suppressing the dominance of Aspects of the Quality ALL-Will-of-ALL-Intelligence in Self-Consciousness, — due to the activation of the Creative Activity of Aspects of the Quality ALL-Aspiration — there is a transition of “a personality’s” Self-Consciousness into the state of “Creative Cosmic UNSTEADINESS” or C’C’LLAORAKKS-KSUU. As a result, there are stable refocusings in rotation Cycles of IYFFLU-VVU-Forms which are represented in irkkulligren Realities by rruyrikrills (fuffritaurs, daorllindc’es, py’rc’ly’olkffs).

10.0477 If you, in your life creativity, adhere to the Direction in which recessive Aspects of the Quality “ALL-Mobility-ALL-Presence” become priority possibilities of a creative realization and begin gradually to represent a significant alternative to the Dominant ALL-Will-of-ALL-Intelligence in your choices, then one day you will synthesize in your Self-Consciousness the state of “Creative Cosmic CENTRALISM” or VULMINNIUR-MARR. At that point, you’ll be able to refocus completely from “human” NUU-VVU into the TT-AAYI-VVU-Forms of ioolddls (mafloks, knu-urgs, spy’r-inkrs) that are represented in our type of Reality by amphibians, fish, and similar beings.

10.0478 If, however, refocusings in the same Direction are performed with a regular suppression of the dominance of Aspects of the Quality ALL-Love-ALL-Wisdom, then one day this will result in your synthesis of the state of “Creative Cosmic INSTABILITY” or MC’IIKLOUFFTRUUMMC’-AASF in your Self-Consciousness. In that state, you’ll perceive yourself habitually as one of the manifestations of C’KTRAO-VVU-Forms of dtrammsc’gakrs (mue’s, umbbrilts, a’fgos, tumts).

10.0479 Stable refocusings in the Direction of the development of Aspects of the Quality “ALL-Knowledge-ALL-Informedness” — as opposed to the Dominant ALL-Will-of-ALL-Intelligence — result in a frequency “displacement” of UFS into A’IHSS-VVU-Forms of iyhrs (inniinns, ksilgbs), into FLIRRF-VVU-Forms of dze’ydztc’es (ulloroffs, la’bburiyc’es, dladds), and into SSM-VVU-Forms of bollfs (klaakssords, bigvvs, plovvts) represented in our type of Reality by dolphins, whales, octopuses, squids, skates, water molecules, including deuterium and tritium, molecules of DNA and RNA, many organic acids, proteins, fats, carbohydrates, hormones, and also atoms of hydrogen, oxygen, carbon, nitrogen and many others.

10.0481 Continuously refocusing your life creativity in the Direction of an increase in the dominance of Aspects of the Quality ALL-Aspiration (as opposed to Aspects of the Dominant ALL-Love-ALL-Wisdom), will enable you one time to perform a frequency “displacement” into TAO-VVU-Forms of lovirgiydc’es (aaills, armaarks, fruutts) or into MMUU-VVU-Forms of pridds (poalldionns, fallgaagorrs) manifested as spore plants, waterweeds, mushrooms, and lichens.

10.0482 Frequency “displacements” are also possible from a LLUU-VVU-Form into SC’Y’Y’GL-VVU-Forms that realize the dominance of the Quality ALL-Integrity to the detriment of Aspects of the Quality ALL-Love-ALL-Wisdom. Such a transformation is performed through robburotts (e’bbls, e’vvloyc’es, klimms) that are represented in our type of subjective realities by atoms of heavy and superheavy metals.