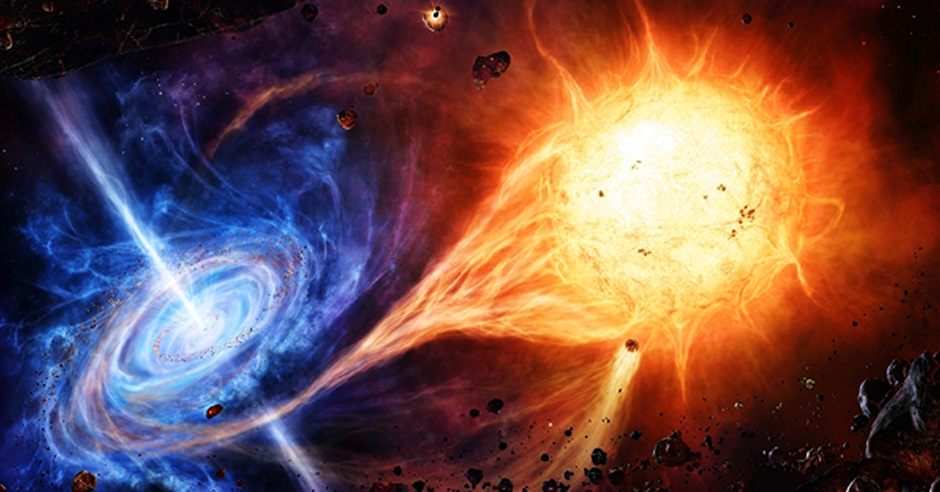 1.0222 The Principle of Cruvursorrtness is the state of extreme incompatibility between Form-Creators of different-qualitative Self-Consciousnesses Forms due to high diversity of information fragments that structure their focal Configurations ; as a result, there are no similar features or identity between the Forms, therefore, there is extreme dissonation between Focus Dynamics of these Forms. For example, when some people speak about love, they always mean sex, infatuation, the desire to please and gratify the object of their passion, and a feeling of egoistic satisfaction from this. While other people consider love as a much more altruistic, deep and stable feeling that not necessarily includes sexual relations but also motivates a loving person to a voluntary and selfless service for the sake of somebody. For other people love is a fully spiritual state of boundless, mutual participation, mutual creativity, cooperation with All-That-Is based on the deep awareness of and individual need for selfless Service to All.

1.0223 As you see, high-frequency Conceptions of the possibility of creative realization through a certain act of altruistic and selfless service mentioned in the last example greatly differ, both in the way of fulfillment and in an individual experience, from Conceptions that form the basis of extremely egoistic sexual relations of the first example. This means that generated SFUURMM-Forms and Focus Dynamics types initiated by them manifest all features of mutual cruvursorrtness (that is, absence of identity features) in their typical Self-Consciousnesses Forms.

1.0224 In everyday life, cruvursorrtness can be expressed through such opposite and incompatible dualistic feelings as happiness and sorrow, fear and joy, heat and cold, satiation and hunger, through such properties as gaseous and solid states of a substance, through states typical of focal Configurations from different dimensional diapasons, Worlds’ and Anti-Worlds’ Form-Systems, and so on. That is, the main evidence of cruvursorrtness within the Form-Creators’ Focus Dynamics of various Self-Consciousnesses Forms is incompatibility between interconnections that structure them, and these interconnections add synthesized fragments of Information in nonduvuyllerrt manifestation spectra and gradually transit into various imperceptible states.

1.0225 Very often people cannot agree and find mutual understanding only because of the high degree of cruvursorrtness between their typical subjective Conceptions concerning some particular things. If their Conceptions become synthesized with a necessary amount of Information typical of the highest-quality Self-Consciousness Form (among those that interact with each other), the state of cruvursorrtness between their Focus Dynamics can be changed first by an imperceptible one (only with a few possibilities to find a compromise), then — by a covarllert one (less dissonational, with many «points» of common interests), and, finally, when both sides intensify SFUURMM-Forms typical of higher-dimensional conditions of their joint manifestation, — by a liyllusceeve (resonational) state.

1.0226 Features that are characteristic of covarllertness/imperseptness and liyllusceeveness/cruvursorrtness of heterogeneous fragments of Information in various Form-Systems of the Macrocosmos are reflected through completely different qualitative states of the Form-Creators’ Focus Dynamics in Self-Consciousness that have a very specific behavior at every particular moment of their manifestation in the general slloogrentness of Space-Time, inducing either extremely dissonational states or various resonational states in the interconnections established by them. In turn, these characteristics affect the specific character of Perception systems’ structure in various Self-Consciousnesses Forms both within one Collective Consciousness and within different Proto-Forms.

1.0227 For example, the same Energy type (the state of duvuyllerrt Continuums’ groups which we define as «vibration frequency») can act as a common carrier of different-qualitative Information that is typical of notionally incompatible Qualities but has certain — common for this manifestation Level — features of «information identity» relative to this Energy type; and these features may be quite perceptible to Perception systems of some Self-Consciousnesses Forms manifested in this Continuum group, or partially or completely imperceptible to the Focus Dynamics of some other Forms.