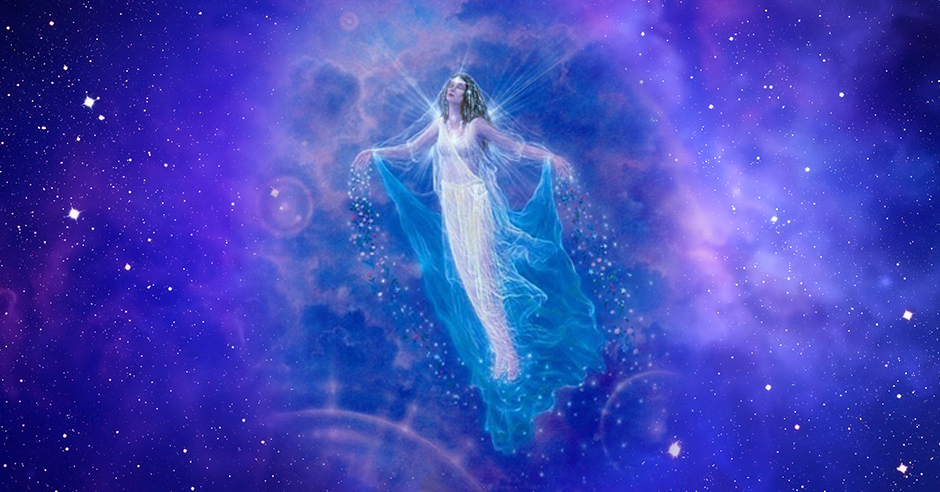 Returning to our Pleiadian Home. Part 10

QUESTION: If the described situation with the introduction of Pradarguts, Korrupimpras and Reptilians into the Collective human Consciousness occurs in our scenarios, how does this combine with the words from the Ayfaar Songs, such as this one:

"The World is becoming brighter,
Many kind and intelligent people around,
Who always warms up dark people's souls!"

"The World is changing
Resisting the darkness,
And people are becoming better!"

Does this mean that there is a powerful counterbalance to the activities of reptilians on our planet?

It is appears, dear, that you are completely unfamiliar with Iissiidiology and do not know that we are simultaneously aware of ourselves in the infinite variety of our eternal existence! Yes, currently we subjectively identify not with the best (but not with the worst either!) World versions of our manifestation! However, we are not our bodies, and we are not even our personal self-consciousness! We - are the essence of the interests of the eternal cognition of Life, manifested through the continuous identification with It throughout an infinite multidimensionality and diversity of Self-Consciousness. We are not miserable victims, driven into the "cage" of a certain bodily shell and forced to eternally drag out our miserable existence!

Each of us has the right to choose the scenario of his subsequent development, which is the most appropriate for his creative needs and spiritual aspirations. It is for the people’s awareness and their ability to apply that knowledge in practice, sacred Iissiidiological Knowledge was provided. It is given by the Pleiadian civilizations, in one form or another, to all human generations that have reached a certain level of Collective Consciousness development. IISSIIDIOLOGY is the guide to the most effective self-improvement as opposed to the destructive and selfish tendencies that begin to manifest in each of the young civilizations at this "teenage" stage, fraught with far-fetched arrogance and self-confidence, stupidity and stubbornness, maximalism and populism, spontaneity and recklessness, irresponsibility and unpredictability. In an exorbitant number of scenarios, the countries and peoples have adopted this Good News with due attention, understanding, respect and confidence, making it the cornerstone of their development. But there are also such types of Collective human Consciousness, where nonhuman tendencies turned out to be much more powerful, therefore everything that has pronounced the signs of Humanity (Altruism and Intellect) considered to be a disgrace, is officially banned, ignored or brutally suppressed, ruffled and discredited, perverted, ridiculed and destroyed. Such a fate awaited and will continue to await every evolutionally significant message (in these human continuums, subtly bordering with various non-human types) as well as every opportunity for the True Human Path of self-cognition.

Note that the pradarguts and korrupimpras (you can read more about these Forms here) began to be "populated" in the physical bodies of people not yesterday or even hundred or a hundred thousand years ago, but 28-30 million years ago! Then, with the help of similar experiments on the initial anthropoid flying animals, one of the cosmic races of Genetic Builders (who are still actively improving the lower Planetary Globes of our Galaxy) initiated the process of genetic perfection of the very first Pleiadian races biological Self-Consciousness Forms.  This was necessary in order to consolidate their ability to a more stable upright lifestyle and the ability to fly without wings. Representatives of the modern Pleiadian civilizations from the planetary systems of "Alcyone Star" are still able to fly - some with wings, others - without them.

Here I want to mention that the Pleiadians (as well as the Siriusians, Andromedians, and representatives of other alien civilizations), I name exactly so for simplicity. In reality, however, for them these terms do not bear any meaning, and their location often is not related to those points in the sky, to which we ourselves have "attributed" them. At this point, there is no reason to bring confusion and chaos into your understanding and the existing order of things - in time this will be done by the civilizations themselves by transferring to the terrestrial astronomers the so-called "mappastrumyy" – Galactic star maps with routes.

Yet, I think that you have a right to know how the names of those biological and bioplasma civilizations that we are now considering. I was trying to adhere to the principle - "Earth - Earthlings" in relation to the sonic pronunciation of names, although in many cases the codes of the planet and the sound names of civilizations living on it in different dimensions of the same range do not coincide at all, although even these names are far from the way they define themselves. Still it can help some of you in meditations on Sound Space Codes (SSC’s).
Thus, the primary backbone of all the Pleiadian races of “Alcyone Star" – are ddauyites - representatives of three civilizations: ellektyuly, arsporjylls and yyussamplly. The “Siddle Fottdaulls” Center, which manages the implementation of the strategic programs for the development of the ddauyites, includes 434 highly developed human civilizations that have emerged from the kaprafekty - various human forms that have passed under various manifestational conditions through a forced high-frequency impulse transformation. Only the most developed of our bioplasma forms fall into this category.

Six most advanced bioplasma civilizations, simultaneously based on a multitude of planetary systems (planets and satellites, planetoids and even huge asteroids and comets), including other Stars (for example, ССОР-ЛЛ-СМ [SSOR-LL-SM] – the “ssorllsmyy” in the Taurus constellation), form the Organizing Principle of all the Pleiadian races of the "Pleione" Double Star  (ЛЛАА-ДУХС-СВ [LLAA-DUHS-SV]- the races “llaaduhsvyy” and ОО-ММ-ОЛЛМ [OO-MM-ALLM] – “oommollmyy”). These are civilizations: АППУУРСС [APPURUSS], ЛЛААВВСС [LLAVUVSS] and ССИИЛЛТТСС [SSIILLTTSS] as well as РРЕЛЛООИЛЛСС [RRLLOOYLLSS], ФИЫЙЙХСС [FYIYYHSS] and УЮЛЛХЙЙСС [UYULHHYSS]. They have formed their own “Trrastll-Koorrnfordus”, which includes more than 280 developed civilizations. All these civilizations are involved in the True Human and various near-human development directional vectors. They are so diverse that it is much easier to simply call them the Pleiadians. The same applies to other civilizations that took part in the creation of our present genome.

Returning to where I have left off - when 28-30 million years ago, Genetic Builders decided to modify some of the Pleiadian races and chose particular creatures inhabiting the Earth, they encountered the repulse of the owners of these animals. The fact is that the samples taken for the experiment were genetically created for food and technical needs by two other technologically advanced bioplasma civilizations: ООЛК-ОРТ [OOLK-ORT] (“oolkorts”) and ФЛУУРК-ИИР [FLUURK-IIR] (“fluurkiirs”). However, obeying the “Praziturrolla” of УЛГРУУ [ULGRUU] (Milky Way Galaxy Race Coexistence Code of Laws), they were forced to agree, with the provision that it was still possible for them to retain the failed and unnecessary parts of the experiment for their own needs.

Therefore, even back then, 30 million years ago, people, most successfully and rapidly developing from humanlike creatures, began to replenish and genetically dilute the Pleiadian races. At the same time, all defective rejects, collectively forming with their primitive minds and interests an infinite number of "temporal loops" (a deviation from the optimal Human Development vector), were used differently by the masters of the experimental beings. Most of these experimental semi-human semi-animals died out in unfavorable scenarios, while the distant descendants of some of them turned into modern chimpanzees, orangutans, gibbons, gorillas and other apes.

The ancestors of the ancient Pleiadians (externally and according to their abilities) differed significantly from the present races who genetically perfected their Forms of Self-Consciousness under the influence of the flow of merging Earthlings from the most favorable development scenarios. When 2 million years ago “Selsiys-Ssimaltiyss” (Supreme Council of the Pleiadian races) has decided to further modify some of the degenerating bioplasma human civilizations, the ancestors of those beings who served as progenitors of the early Pleiadian races were taken as a genetic basis for the purpose of this project.

After the genetic manipulations with DNA of chimpanzees, orangutan and gorillas that I described earlier, the Earthlings that developed most successfully became the basis for the genetic renewal of the Pleiadians, and, according to the intellectual-sensory parameters, the remaining rejected part of Earthlings, as stipulated by the new agreement, also continues to be used by pradarguts and korrupimpras - descendants of oolkorts and fluurkiirs - for various implementation purposes. Since they have their own "laws", they sell millions of people into slavery for use in various mining operations on asteroids as rough labor force.

As I learned from today's Deep Meditation it turns out, that in agreement with them it is farther stipulated that humans with activity of medium-to-high (from 4 to 7) Self-Awareness Levels, exceeding the activity of lower (1-3) Levels, should not be subjected to either “selsumsuatsiya” (incasing / population), or violent actuation (enslavement), in compliance with the indicated parameters of a fairly wide range of activity of the first pair of IISSIIDI-Centers (psychoenergetic Centers of Human Consciousness). This agreement must be subject to all civilizations, including reptilian races.

That means that our Pleiadian creators initially considered the possibility of replenishing their civilizations with sufficiently developed Earthlings, advancing from deep "temporal loops" (deviations from the optimal Human Development vector) through the periodically activated initiation of solar activity, which provides the Acts of IRR (Inversion Ray Refocusing) to people whose Self-Consciousness, even in the most unfavorable existential conditions was able to achieve the required parameters.

To this end, I can assert with absolute certainty that one of the key elements in adjusting of individual Self-Consciousness towards the True Human development direction – is the iissiidiological Knowledge. This is kind of a high level of readiness test, pertaining to the forthcoming higher-vibrational Reality quantum transition. Without this Knowledge, it is very difficult or simply impossible to find effective motivations for making better decisions and behavioral reactions.

Without this Knowledge, it would be simply unbearable to live among an exorbitant, prevailing number of morally inferior beings, hiding their non-human personalities under the human appearance. Even more unbearable would be striving to understand and love them! There are simply no logical motivations for it in existence! Or rather, there would be no motivations for it, if there had not been Iissiidiology, which had turned everything back from the head to its feet, making everything clear!

Therefore, answering your initial question regarding the reptilian opposition on Earth, I advise you to find the answer to it in my books, and in particular, recalling the principles of our constant refocusings, in accordance with the process of our spiritual (vital) interests. We realize ourselves in the given precise scenarios not because some "mean evil force" has brought us here and has foredoomed us for misery and suffering, but because such infernal existence turns out to be the most favorable conditions for each of us to realize and implement our spiritual (vital) interests. As we increase their quality, we consistently shift our consciousness into gradually more superior and harmonized existential scenarios. This process is strictly individual and depends only on each one of us. Remember that the next step of our development – is possible refocusing into bioplasma Forms of Self-Consciousness!

And our Worlds really are getting better and better. This is especially noticeable if we compare our observed reality with those of the parallel scenarios, where our former Worlds, which we unconsciously "slipped", are already blazing in the crucible of nuclear wars, planetary cataclysms, invasions of evil alien races and other horrors that we did not witness simply because we periodically committed to more advanced, Human Choices.