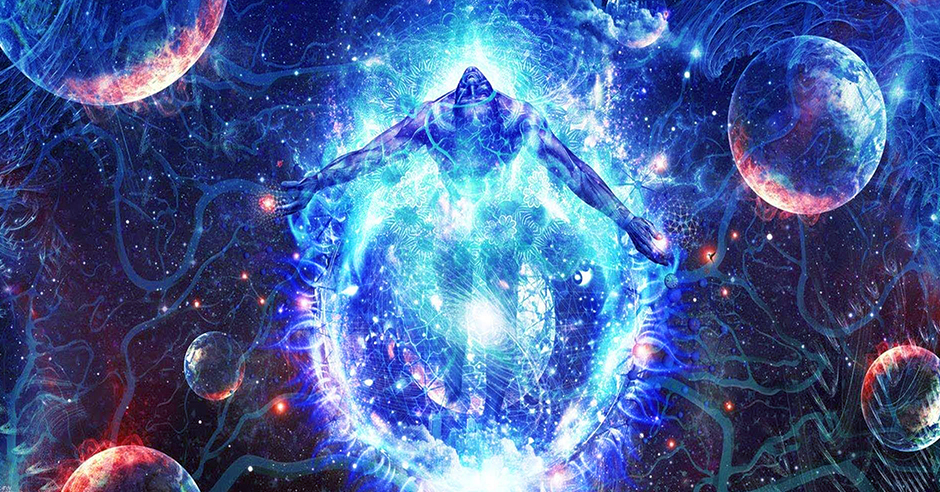 Returning to our Pleiadian Home. Part 11

QUESTION: You call a certain part of people pradarguts and korrupimpras only because of extraterrestrial civilization "replanting" instances they incur. Is it true that other people also have some types of "replanting", but, perhaps, from different alien civilizations?

You have a too primitive idea of the "replanting" mechanism (the introduction of various entities into consciousness through our "subtle" bodies: the lutalnyy and the hristalnyy. No physical "invasion", "in-creeping" or any other kind of natural acquisition of our physical body, as shown in the movies, depicting evil and monstrous aliens, in fact occurs! The "replanting" effect - is a synchronous remote connection to the genome energy channels of the individual parts of the donor's brain (that is, to us) at the level of functioning of theirs and ours lutalnyy (the inferior etheric analogue of the physical body) or the hristalnyy - superior etheric analogue of the physical body.

Perhaps you were confused by the term "replanting"? However, even the remote interaction with our Self-Consciousness of our Curator-Creators (the level of the collective Subconscious - those whom we call the Ascended Masters or the higher "Self"), or any of our bioplasma Interpretations, in fact, is also a "replanting"! But if the pradarguts and korrupimpras (two civilizations from the Orion Belt) connect to us through the amygdal-hypothalamic complex (brain areas) and the corresponding endocrine networks, the Creators of the collective Subconscious use for the “replanting” only highly vibrational zones of the prefrontal cortex, subcortex and their corresponding neurotransmitters (dopamine, endorphins, enkephalins and others).

In genetically similar or highly compatible (having common ancestors or correspondingly modified) Forms of Self-Consciousness, the lutalnyy body, components can, to a greater or lesser extent, be synchronized among various activity levels of the energy Channels of IISSIIDI-Centers (psychoenergetic human Centers). This creates in the recipient the sensation of the real presence in the physical body of the donor or even several donors (one lutalnyy body can have several "replanting" instances simultaneously). At the same time, the visual and sound perception aspects are experienced by the recipient not in the visible or optical range, but rather in the infrared and infrasonic ones.

Pradarguts and korrupimpras (humanoid non-human civilizations) are creators and parents in different levels of this 3rd-4th -dimensional range of hundreds of primitive near-human civilizations that, historically having a common genetic base, are simultaneously involved not only in ours, but also in other types of consciousness. Outwardly, they can be very similar to modern people, but in terms of their internal content and realizational tendencies, they have animalistic and anti-human basis. This class of semi-human-semi-animals includes low-vibration essences of the mental-rational and emotional-sensual type, realizing through the inferior Levels (1-4) of our consciousness (ungs and ssvoounyy) - the primary realization forms of the pradarguts and korrupimpras.

Of particular danger to us are such species of nonhumans as paargas, mmuundas and argorras, as well as alls, mimmes and ogguls. For example, they form the fundamental military vanguard and the most bloodthirsty part of ISIS army soldiers (banned in Russia). They are the most fierce and irreconcilable neo-fascists and neo-Nazis, members of the Ku Klux Klan, various chauvinists, killer maniacs and lovers of savage tortures.

Pradarguts and korrupimpras are the current descendants of oolkorts and fluurkiirs, which continue to exist in parallel in their realities. We subjectively perceive these realities to the historical epochs of 30 million years ago. Their lutalnyy bodies not only energetically connect them with us, but also with them, just as we are remotely connected not only with our distant ancestors, simultaneously living with us in their realities, but also with the same oolkorts and fluurkiirs, who were feeding on, in the literal and in the energy sense, onto the life forces of our ancestors.

In this heavy heritage lies the lowest part of our so-called "generic Karma" with human-like creatures, created by oolkorts and fluurkiirs, lasting for 2 million years. At the same time, the higher vibrational part of this Karma with the Pleiadians, Siriusians and the Andromedians goes into the "future" for tens of millions of years. It is impossible to break its destructive part, but it is possible to weaken it - through a steady outlet of our focus to more qualitative levels of our self-consciousness, into highly vibrational energy structures of the hristalnyy body, uncomfortable for undeveloped beings.

Therefore, when a person begins to improve and raise the frequency of his consciousness, they can not withstand the vibrational discord and leave, "coming back" only when the individual expresses the emotions of offense, anger, rage, or any type of negativity. The longer you remain in a more complacent, benevolent and humanistic mood, the more unbearable conditions you create for them.

When I indicated that "they continue to arrive on a daily basis in batches of 7000-12000 individuals through their portals," you should take that literally: currently it is their migration period to Earth. As I found out yesterday, approximately the same number of them, even slightly higher (14000-16000) individuals, are sent daily to their base planet through the same interdimensional temporal tunnels. The portal opens twice a year - in the middle of the fall (for 7 days, at the northeastern part of the Alps) and in the late spring (for 4 days, at the south-west part of Tibet).

Once in five years, two floating portals, which are not tied to any permanent place, but always remain somewhere in Mexico and in the north of the Andes mountains, which makes their location unpredictable, are opened for several days as well. We do not see them because only their plasma parts can pass through the portal. The degree of their bioplasma bodies can not be compared with the "cold-plasma" state that our future bioplasma forms possess. The properties of the plasma part of these individuals are much more limited than those of our bioplasma Interpretations; and even those of us who, after going through the Inversion Ray Refocusing (IRR), or nuclear wars, or other cataclysms associated with powerful radiation emission, undergo multiple qualitative changes of their consciousness and, continuing to improve and develop their ancestral Karma in every possible way, begin to realize themselves in intermediate, inferior bioplasma human civilizations.

There are at least eight basic (primordial) human bioplasma civilizations that play a leading role in the constant implementation of distant interrelations between biological and bioplasma Human Forms by means of their hristalnyy bodies. Their imaginative and thought-sensory perceptions are realized through the lower level of our collective Subconsciousness (the third and fourth IISSIIDI-Centers).

Let us commence with the already known to you bioplasma people-Praditallides, reflecting in their genome the predisposition to the realization of the aggregated qualitative heritage of representatives of two Pleiadian civilizations (Electra and Allgssiya) with representatives of two Andromedan civilizations (Cassiopeia and Alpheratz). In the human type of consciousness characteristic of the praditallides, the tendency to mental activity is predominantly reflected.

Bioplasma Humans – “Modosenti” (glluussmins, gllaallins, and iimmlins) reflect in their Focus Dynamics the integral genetic properties and inclinations inherited by them from representatives of the same Pleiadian civilizations (Electra and Allgssiya), but with other two Siriusian civilizations (Sirius A and Sirius B). Due to the expression pattern formed in their genomes, they more or less realize the vital, sensual and emotional aspects of our life activity through the functions of the medial and ventrolateral regions of the right hemisphere of the brain.

Bioplasma People - Kaprafekty most harmoniously reflect in their dynamics integral genetic properties, inherited from two Pleiadian civilizations - Alcyone and Pleione. Through the structures of the higher Channels of the first two IISSIIDI Centers, equally using the expression of the corresponding DNA neuron areas of the dorso- and ventrolateral regions of the prefrontal cortex of both hemispheres of the brain, they synthesize the human features most profoundly and integrally, constituting approximately 8-10% of the total population of the planet.

Due to the existence of common structures of the hristalnyy body in us and in them, bioplasma People are simply forced to constantly "burden" their consciousness with the background effect of our constructive thoughts, profound and positive emotions, desires and aspirations. The destructive, negative part of our existence is not reflected in their consciousness. But if underdeveloped creatures tend to enter the individual lives of their donors, daring to make some important decisions (for example, by pushing the red button of the intercontinental ballistic missile launch system), highly developed Forms of Self-Consciousness simply can not do this, because then they violate the General Provisions of 28 Principles of the Humanitarian Freedom, some of which, for instance, imply the inviolability of another's consciousness, non-violence over another's choice and non-interference in other's affairs.