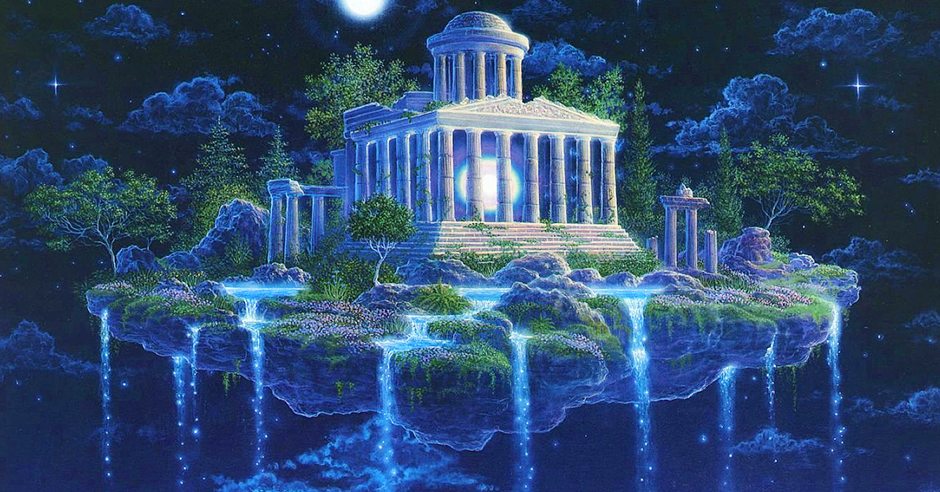 Returning to our Pleiadian Home. Part 13

QUESTION: In the part 9 of this article you have indicated that in the scenarios you have witnessed, the humanity has come to its Forms, devoid of the lower and medium Channels of our two lower IISSIIDI Centers through mass wars (including nuclear ones) and pandemics. On the other hand, while answering other questions, you said that wars and other social cataclysms are signs of destructive, substandard scenarios...

In the current scenarios is there a way out to the favorable options for the development of our civilization without serious disasters, related both to the powerful progress of science and technology, and to the increase of the moral and spiritual qualities of Earthlings, to the unification of countries and peoples where, in the perspective of the next decades, mankind has managed to deactivate the lower and medium Channels of the first two IISSIIDI Centers, thereby substantially extending the life of biological Forms and advance in the conquest of the Cosmos?

If there are no such proximate options, then do I understand correctly that for the readers of Iissiidiology the "shortest" path in the human development direction remains conscious focusing in scenarios with a minimum of cataclysms and with the simultaneous development of a spiritual potential for the "quantum Transition"?

In the given groups of human continuums, due to their powerful multi-directionality in different development vectors, there is a pronounced opposition between the Collective Intelligences of all these Forms of life for the control over food, water and energy resources. Massive mental, physical, economic and dirty-political impact is undergoing from the low-vibration entities (ungs and ssvoons) that are embodied (stably connected to our lutalnyy bodies) into the Collective Consciousness of human biological Forms. This pressure is initiated and supported by various military-industrial complexes and powerful officials with the aim, at any cost, to prevent the further development and popularization of Human moral values.
However, the true essence of these values has long been replaced by various inhuman analogs, concepts and teachings that are powerfully exploiting the selfish element of each individual, as everyone strives not only to survive, but also to survive "in style", better than others in the sense of material prosperity. The morality and spiritual values appear to be of no significance because no one knows the characteristics of truly human existence and relationship principles. Additionally, no one knows anything about the fact that human consciousness synthesizes in itself two truly Human Qualities - "ALL-Love" and "ALL-Will" as well as how this synthesis process influences the quality of our Life.

Yet no one knows anything regarding the presence in our perception systems of the rotational mechanism, which provides us with a change of development scenarios. This mechanism functions in conjunction with spatio-temporal structures on a resonant basis and provides our continuous eternal Existence. Not knowing these important principles, people build their Life and relationships sporadically, blindly, not understanding where each one of their choices can lead. Finally, the general level of intellectual abilities in the current version of the Collective human Consciousness is very depressing and simply catastrophic.

Therefore, the large-scale dissemination of IISSIDIOLOGICAL Knowledge in this group of space-time continuums is simply impossible because:

These types of spatio temporal continuums (STC’s) are too "inflated" on the scale of quality: from almost complete absence of human signs (highly intelligent Sensuality, highly sensitive Intelligence and immuninantnyy Responsibility) in most people, to a high degree of intelligence, altruism and social consciousness in the minority. In addition, our STCs are simply catastrophically "blurred" on the welfare scale: an incomplete million of super-rich, wealthy and very well financially secured people are confronted by seven billion middle-income, poor, extremely poor and virtually panhandlers.

These 99.9% of poor people are well aware and understand that so-called political and business "Elite", "bohemia" and "cream of society" - are not at all highly educated, highly conscious and highly spiritual people, but simply arrogant thieves, cynical killers, brutal robbers and cunning cheaters. They took advantage of and stole - each in their time or their ancestors – from society the benefits that should belong to everyone, including natural resources.

40-50% of this mass of desperate poor people are potentially, morally and mentally prepared to bear arms and themselves start to kill, rob and rape, motivating it by the lack of socially accepted existential conditions. Such people constitute a "gold reserve" of crooked military industrial complex executives, dirty politicians and adventurers. All these rustlers live off mass conflicts, wars, revolutions as well as the presence in these realities of an exorbitant dynamic potential of uncontrollable hatred for everything and everyone, as well as unlimited cruelty and aggressiveness, formed on its basis.

Therefore, neither in these, nor in similar primitive continuum groups, there are no prerequisites, especially the moral ones, for a gradual qualitative transition to a much more developed and humane social order. There are, however, scenarios where the levels of life, culture and education rise to positions that are more qualitatively advanced. In these scenarios, about ten thousand of the world's richest people and millionaires gathered and created the World Social Fund (WSF). It included the medium-to-large sized corporations from a multitude of various countries. Each of these individuals and corporations were deducting 25% of their profits towards WSF monthly. Some individuals and corporations have become part of this consortium sooner, some –later.

The initial statutory fund amounted to more than a trillion dollars. Many countries have joined. Its turnover has grown to several trillion dollars a year, many countries have consolidated based on the mutual realization of this global Idea and have reconciled. The entire detailed bookkeeping record of accounts payable and accounts receivable was conducted online in an easy-to-understand form. The task set before the WSF was to eliminate poverty, unemployment throughout the world, and to provide free education and medicine for all people. All the major countries of the world have granted the Foundation their authority. After all, the achievement of this objective required the complete annihilation of all criminal activities - drug, alcohol and other shadow businesses, as well as cessation of all possible wars.

That is where it all came to a halt. There began a fierce opposition from criminals, various mafia families, shadow businesses and military industrial complex... WSF officials were killed and slaughtered, kidnapped and publicly executed, blackmailed and terrorized. Moreover, in most countries on the side of opponents of WSF were the poorest elements of society, whose prosperity, health and development, ironically, was the initial cause of the entire ordeal. Thus, no one wanted to work for WSF any longer. World governments recognized their defeat, and the project was closed. Moreover, in some parallel scenarios where the WSF was also initiated, the consequences included two nuclear wars and many terrorist attacks at various nuclear power plants.

This is an average fate of nearly all such projects in our scenarios: well-planned and implemented good-natured activities, perfectly organized initiatives and creative thinking, - all inevitably run into the same types of insurmountable obstacles. I imply the principles of the global bureaucratic apparatus - corruption, fraud, blackmail, extortion, nepotism and cover-ups.

Therefore, it is very naive to believe that out of this explosive, self-igniting mass of extremely opposite interests and objectives, something truly fine and harmonious can gradually and peacefully crystallize. While the low-level entities have the opportunity to interfere with our lives through their "legitimate" nine karma Channels, there can be no discussion of establishing of any constructive Peace because these creatures themselves are synonymous of destruction, chaos, fear and aggression.

From an objective point of view, no biological world could have formed without them; however, from a subjective standpoint they are the largest obstacle on the Human Development Path. In continuums like ours, I see only three feasible and most effective options for entering higher-quality scenarios:

3. Voluntary arbailination (evacuation by special starships) as well as tairrlidation (photon reformatting) of our Forms of Self-Consciousness.

The remaining options are associated with extensive (based on conventional weaponry) and rapid (nuclear, neutron, bacteriological, climatic) wars. In the process of these wars, the transmission capabilities of the lower IISSIIDI Centers can also be gradually reduced, meaning that low-vibrational Levels of Self-Consciousness in people will be less pronounced, which in turn will facilitate the creation of favorable conditions and a necessary environment for the rapid development of human Intelligence and psyche.