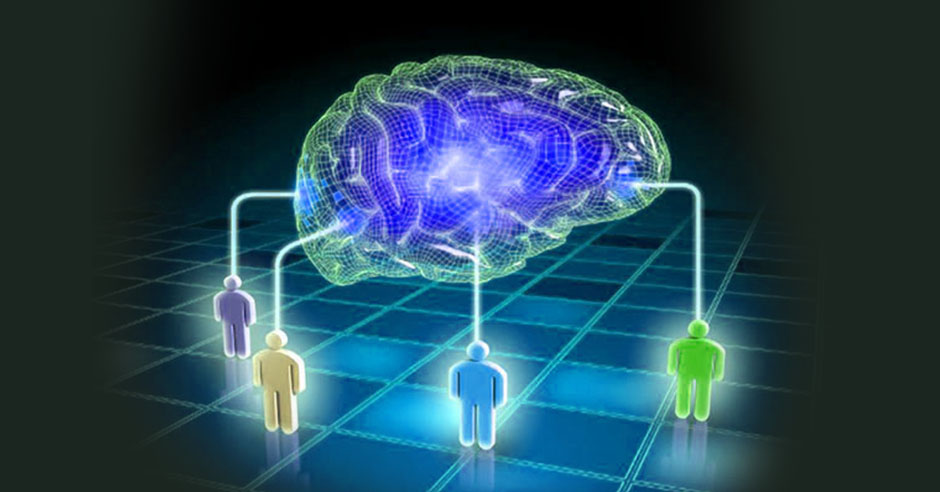 § 1.2.1.3. Self- Consciousness is a set of forms that structure Collective Cosmic Intelligence

1.0265 If we leave aside the very complex and infinite (in their different-qualitative multidimensionality) informational interconnections between Info-Creators of the Macrocosmos who, together with Form-Creators, provide the simultaneous slloogrent Focus Dynamics of the SSS-Entity of synthetic manifestation Type, it is possible to say that the SSS-Entity’s Self-Consciousness represents an integral of absolutely all types and kinds of Self-Consciousnesses Forms that structure an infinite set of Collective Cosmic Intelligences of the Macrocosmos (here, the terms «Self-Consciousness» and «Intelligence» should be considered as «a part of the Whole» and «the Whole,» respectively, but not as a certain opposition). Nonetheless, you should take into account that the slloogrent Energy-Information Potential is much more than just a simple sum of Potentials that belong to «individual» parts of the general reconverstive-focal Configuration, because the quality degree and the information «capacity» of the SSS-Entity’s Self-Consciousness are not directly proportional to «the number» of constituent «parts,» while their interconnections with each other can be compared with functions of a very complex realizational Mechanism that specifically regulates a qualitative increase of the Form-Creators’ Focus Dynamics with each their subsequent focus state that inevitably entails an increase in the covarllertness degree between heterogeneous fragments of Information that resonationally structure each their focal Configuration.

1.0266 All possible Levels of creative realization of the SSS-Entity’s Self-Consciousness by means of the slloogrent Focus Dynamics of the Macrocosmos’s Higher Intelligence are represented by all possible types of Collective and Collegial Cosmic Intelligences in various manifestation conditions. That which we define as the Collective Consciousness of a certain Proto-Form (for example, the Collective Consciousness of humankind formed by subjective Conceptions of a certain human community on the planetary scale), represents within the slloogrent Focus Dynamics of its CCI the result of multiple and differently-directed creative realization only of those differentiated (by the CCI) Self-Consciousnesses Forms which are manifested in a particular dimensional diapason.

1.0269 The simplest example of CCI which you can understand best is a large construction firm whose organizational structure includes many different units (teams, branches, production departments, and even its own manufacturing facilities), and each unit has its own function in the joint simultaneous activity of «the firm» (CCI); the work inside each seemingly separate unit is being done by various people, and each person carries out a more specialized function or several functions. One unit provides all other ones with necessary materials and equipment, another unit is responsible for excavation and making foundations, a third unit is responsible for the power supply network, a forth one supervises sewage, a fifth one constructs walls, floors, and roofs, a sixth unit performs finishing works, a seventh unit installs windows and doors, and so on.

1.0270 The whole simultaneous activity of the firm can be compared with the Collective Cosmic Intelligence of LLUU-VVU, that is, not only with the entire aggregate of one-type slloogrent Self-Consciousnesses Forms simultaneously manifested in all dimensional diapasons of the Tertiary Energy-Plasma but also with particular results of the activity which they perform on each Level of their manifestation. Every unit of the firm is a hypothetical analog of the Collective Consciousness of humankind in a certain STC group. Each employee of the firm may be compared with an individual Self-Consciousness Form of this CCI that carries out its unique set of synthetic transformations on each dimensional Level (that is, provides its own functions — within the LLUU-VVU-oriented birvulyarity type — during the realization of all Synthesis processes in the Tertiary Energy-Plasma). The SSS-Entity’s Self-Consciousness has infinitely many of such «firms,» each of which provides its own part of the general Focus Dynamics of the Macrocosmos’s Higher Intelligence. All of them interact with each other to some extent for the most complete and thorough fulfillment of their functions. Realization of all these interconnections is provided according to the Principle of Diffuzgentness.

1.0271 Therefore, you can subjectively imagine all the infinite diversity of Collective Cosmic Intelligences (in our example, one CCI is the firm that unites employees who directly carry out responsibilities imposed on them) as an information-communication Principle of the SSS-Entity’s Self-Consciousness, and this Principle allows to structure each resonational point of Space-Time by corresponding focal Configurations (Self-Consciousnesses Forms, specific sets of Form-Creators and Info-Creators) necessary for the organization of all possible interactions between different Directions of Its Creativity (Interests). This means that Collective Cosmic Intelligences are unique Sources that generate, inside any Self-Consciousness, fragments of Information (Info-Creators) that specifically combine with each other, and these fragments — during their resonational interaction with the dissonation part of their reconverstive Configurations (Focuses, Form-Creators) — form the Mechanism of subjective Self-knowledge which we define as Self-Consciousnesses Forms.