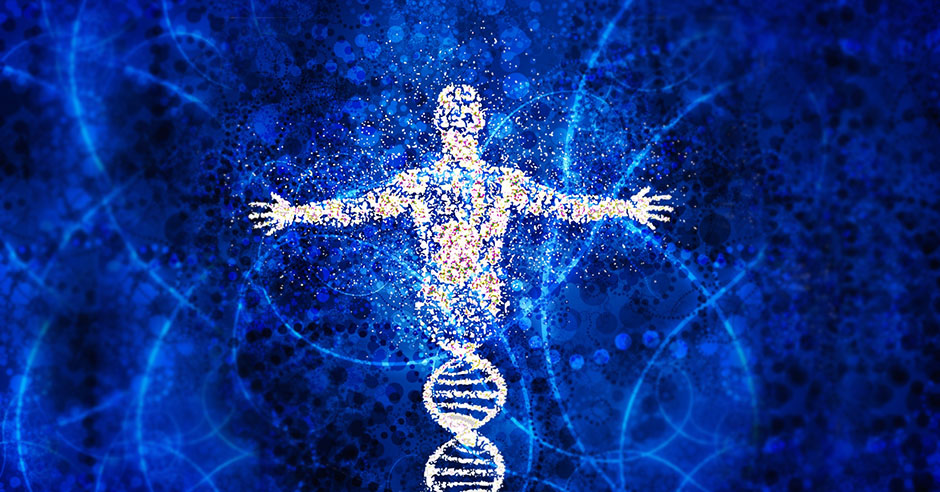 Human SVUULL-VVU-conglomerates realize themselves through other Protoforms as well. Bio-Creators of the body's cells, viruses, bacteria. On our planet, the main biological role belongs to the  microorganisms.

1.0272 The most «external» part (the lowest synthesis degree of two Dominants) of the slloogrent Focus Dynamics of any Self-Consciousness Form of the Collective Cosmic Intelligence in the LLUU-VVU-Direction (It includes all kinds of LLUU-VVU-Forms simultaneously manifested in STC of the Tertiary Energy-Plasma by Focus Dynamics of Its typical Self-Consciousnesses Forms, also including NUU-VVU-Form-Types) is formed by low-frequency SFUURMM-Forms of the so-called protoformal or instinctive Consciousness, whose realization activity I notionally define as the collective unconsciousness. In the «personalized» Focus Dynamics manifested in the 2.5-3.25-dimensional diapason, these SFUURMM-Forms constitute 70-90% in common TEC-«unpackings»* made by human Self-Consciousnesses Forms, while in higher-quality conditions of the 3.25-3.75-dimensional resopasons this content decreases down to 10-20% and practically completely disappears (to be more exact, it is sequentially transformed into higher-quality protoformal states) on four-dimensional manifestation Levels.

*The process of thinking has one regularity: first we consciously think of something, every moment «unpacking» («decoding») certain Information from the information space of our Self-Consciousness (the temporal ethereal constituent), which we immediately «unfold» in associative way (subjectively «project») in the current «quantum shift» (Space-Time). The «unpacked» and «unfolded» Information comes into the brain in a subjectively «folded» (distortedly «compressed») form, and — through neuronal connections and the endocrine system — initiates a specific psycho-mental reaction in our Perception system: subjective experience (SFUURMM-Form).

1.0273 Being realized through TEC-«unpackings» within the Focus Dynamics of less-developed people obsessed with aggression, negativism, and egocentrism, low-quality (with a low degree of inter-Qualitative Synthesis) «projections» of SFUURMM-Forms of this part of slloogrent Information represent the whole set of most primitive protoformal Conceptions of the outer reality that are used in the realization creativity of Form-Creators of the Collective Cosmic Intelligences whose Synthesis Scheme diffuzgently penetrate focal Configurations of the LLUU-VVU-oriented birvulyarity type in the lowest resopasons of its manifestation. These low-frequency «projections» (SVUULL-VVU-conglomerates) may completely contradict the moral and ethical norms accepted in human society, as well as aspirations, preferences, habits, and desires typical of more developed people, because they reflect in our Focus Dynamics all the instincts and specific skills that are individually characteristic of representatives of the animal world. Depending on the degree of their covarllertness relative to the quality of Form-Creators within focal Configurations of each «personalized» Interpretation, some of these tendencies acquire svilgs-spherational possibilities for realization through their Focus Dynamics, while others do not get the possibilities.

1.0274 I must note that in the groups of «human» Continuums, «projections» of these insufficiently synthesized SFUURMM-Forms can be reflected only through the Form-Creators’ Focus Dynamics of the 2.5-3.25-dimensional diapason of manifestation, because they are based on doolls-quantum long-wave information combinations. Their reconverstive Configurations simultaneously represent information interrelation characteristic of the focus Rezomirals of innumerable duvuyllerrt groups in various protoformal STC formed in this dimensional diapason. This means that low-frequency SFUURMM-Forms united into SVUULL-VVU-conglomerates and resonationally involved by less-developed «personalities» into their Focus Dynamics through TEC-«unpackings» also simultaneously structure Configurations not only of «human» but also of countless diverse OLLAKT-DRUOTMM-systems whose Creativity Spheres and «realization niches» are initiated to a Creative Activity by Focus Dynamics of Form-Creators associated with all possible Proto-Forms.

1.0275 For example, depending on their kind, circumstances, and manifestation intensity, SFUURMM-Forms of fear, phobia, horror can «be unpacked» by the Form-Creators of Self-Consciousnesses of insufficiently synthesized NUU-VVU-Forms (that is, less-developed people) from Creativity Spheres of various animals. In the first place, they will attract SFUURMM-Forms of domestic animals with which people most often directly communicate (or those eaten by people): dogs, cats, hamsters, fish, cows, horses, pigs, sheep, goats, chickens, ducks, geese, turkeys, elephants, monkeys, camels, kangaroos, and so on. Nonetheless, by means of the photoreductive Ether, Form-Creators of the Focus Dynamics of various people can also quite actively interact with covarllert (relative to their psychological states) SFUURMM-Forms of many other Creativity Spheres formed by the psycho-mental activity of wild animals: hares, mice, sousliks, ants, snakes, fish, sea animals, wolves, bears, tigers, lynxes, and so on. The same applies to the energoinformational exchange which we perform on the unconscious level with plants whose Form-Creators of Self-Consciousnesses generate similar types of destructive reactions in Space-Time at the moments of danger.

1.0276 Every biological organism, regardless of the Proto-Form that initiates its manifestation, represents an integrated community of bio-Creators of its main structural elements — differentiated cells whose coherent functioning is provided by the complex system of intercellular communication that involves generation of signals by bio-Creators of some cells, perception of these signals by bio-Creators of other cells, as well as their adequate interpretation and reaction to them through intracellular communication paths. Owing to the coordinating activity of the brain Form-Creators, a multicellular organism that represents a complex community of the bio-Creators of its cells with some independence can perform its life activity as one whole.

1.0277 We can say that it is advantageous and comfortable for the bio-Creators of all cells to live together, where bio-Creators and Form-Creators of the whole organism work jointly to maintain functions of each bio-Creator. I mention this just to remind you that it is bio-Creators of our biological NUU-VVU-Forms that are the main suppliers of the low-frequency SFUURMM-Forms in our Focus Dynamics which we define as the collective unconsciousness. A great, if not decisive, role in the formation of the Focus Dynamics of each «personality» and its orientation in a certain protoformal Direction is played by bio-Creators of the microorganisms which are constantly and integrally included in the cellular structure of our NUU-VVU-Forms. This is why I would like to particularly focus your attention on this.

1.0278 A few of you have thought that the main role in the biological structure of our Planetary Entity is played not by us, people, but by microorganisms that can reproduce even at the depth of 10 kilometers. Some of them can perform fission once in 1500 years and live up to 75,000 years. Others can exist under the pressure that is thousands of times higher than the atmospheric pressure, and at temperatures above 300°S, in conditions of high radiation. The biomass of all living creatures on land and in water equals just a fourth part of the biomass of microbes that live in the atmosphere and in the earth strata. Therefore, microbes and bacteria constitute about 80% of the whole biomass on Earth, which is the most favorable not for us but for microorganisms that abundantly fill physical bodies of all animals, plants, and even minerals. A teaspoon of sea water contains approximately five million bacteria and over fifty million various viruses. The bio-Creators of microorganisms control not only our biological bodies but also all the dynamics in atmosphere, they structure practically all molecular Forms of manifestation. They act as mediators between genomes of different biological Proto-Forms and transmit Information typical of DNA of some kinds of animals and plants into DNA of other kinds.

[1] The process of thinking has one regularity: first we consciously think of something, every moment “unpacking” (“decoding”) certain Information from the information space of our Self-Consciousness (the temporal ethereal constituent), which we immediately “unfold” in associative way (subjectively “project”) in the current “quantum shift” (Space-Time). The “unpacked” and “unfolded” Information comes into the brain in a subjectively “folded” (distortedly “compressed”) form, and – through neuronal connections and the endocrine system – initiates a specific psychomental reaction in our Perception system: subjective experience (СФУУРММ {SFUURMM}-Form).