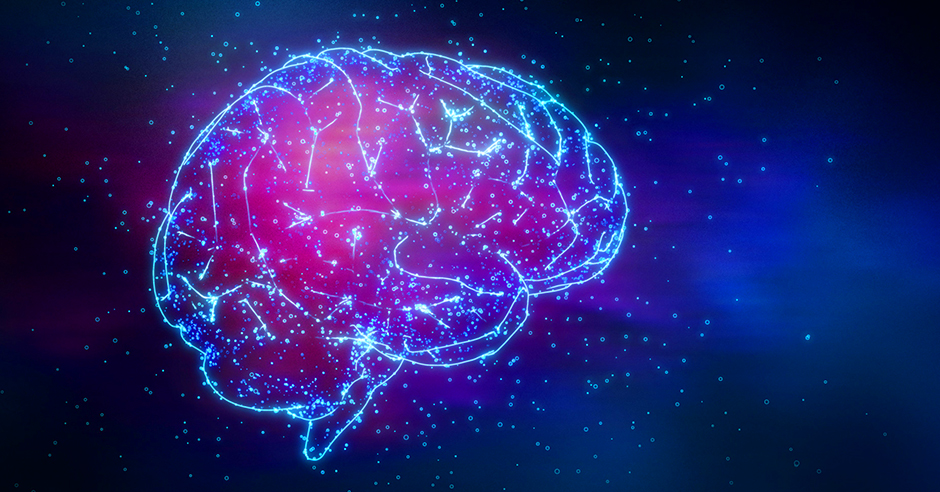 The configuration of fragments creates features and properties of Space-time. A Form of Self-Consciousness has individual features of manifestation. Focuses that form Self-Consciusness. Interconnection of Energy and Information, irrkogliktivny and eglleroliftivny impulses.

1.0356 Since every information fragment (due to the presence of the irrkoglictive Impulse-Potential in its fragmented Configuration) is characterized by transgression («self-projection» with the formation of an infinite set of its own «information doubles» in different resonational points), all its «projections» simultaneously form, in Space-Time, narrowly-specific stable combinations with countless heterogeneous «projections» transgressed by other information fragments, thus forming the general slloogrent Configuration of Self-Consciousness structured by an infinite set of different-qualitative Forms — narrowly-specific combinations of different-qualitative Focuses that are manifested simultaneously in different dimensions in various conditions of Space-Time.

1.0357 Why does each of these Forms reflect its own unique dimension and individual manifestation parameters in the Focus Dynamics? Because the focal Configuration of each Self-Consciousness Form is structured by its characteristic «volume» (concentration) of individually-combined heterogeneous information fragments. In each combination of a «projection» of one fragment with «projections» of many other — covarllert to it — fragments, there is a natural manifestation of a certain resonational (it is of a quantum type for our manifestation diapason!) effect (there is a sort of «fragmentary synchromodulation» — addition and resonational amplification of fragmentary Information that is very similar in Meaning but is heterogeneous in its Nature); as a result, a certain Energy-Potential is released that forever (in One Instant of Eternity) records this information combination as a particular and individual resonational state or resonational point that represents in Space-Time the best conditions for manifestation (focus fixation) of energoinformational interconnections typical of this fragmentary Configuration.

1.0358 Thus, Energy-Plasma was instantaneously formed by an infinite set of heterogeneous «projections» of Information that simultaneously combine among themselves; and due to the infinite diversity of instantaneously-formed (in It) different-qualitative and narrowly-specific configurational combinations that are simultaneously fixed through all resonational «points of manifestation» (Focuses), Energy-Plasma immediately became structured to form that which we subjectively define as Space-Time or the Macrocosmos with all Its different-qualitative dimensional Levels and their typical energoinformational (focus) characteristics.

1.0359 So, we have found out that each resonational interrelation between heterogeneously-fragmented Information and Energy that initiates its manifestation in the Macrocosmos directly participates in the general-subjective formation of the so-called «quantum effect of manifestation» (which we interpret as Space and Time) in the information space of Self-Consciousness (in conditions of the 3-4-dimensional diapason). Owing to narrowly-specific qualitative parameters typical only of this fragmented Information (SFUURMM-Forms), it can reflect in Energy-Plasma just a very individual fragmented focus-type Configuration characteristic only of the manifestation of a certain FOCUS.

1.0360 On the one hand, due to its inherent eglleroliftive tendencies (that is, the tendency to constantly augment energoinformational interconnections that structure it), each such Focus represents — exclusively in its typical manifestation conditions! — a certain dissonational state between different (in quality) Configurations of Form-Creators. On the other hand (in the same manifestation conditions!), it also reflects a stably fixed (due to the internal resonation formed as a result of the manifestation) state of «initial» irrkoglictive Interest between some particular, specifically-combined (through their «projections») reconverstive Configurations of a certain «number» («volume») of heterogeneous information fragments.

1.0361 That is, a focal Configuration that structures the Focus Dynamics of each Self-Consciousness Form represents, by its information content, a certain set of different-qualitative Focuses, which is provided by interconnections of strictly-definite Information with a corresponding Energy-Potential expressed in its unique Space-Time conditions through its unique characteristic features (manifestation parameters). However, different Perception systems interpret these features (their intensity and other characteristics) in different ways. Therefore, each such configurational set of resonationally-combined Focuses in the structure of Energy-Plasma has a corresponding, absolutely identical (liyllusceeve to it) Configuration of fragmentarily-combined Information.

1.0362 This specific interrelation between Information and generated-by-It Energy through the Focus Dynamics (svilgs-spherational interconnections) of Form-Creators is reflected in the subjective inertia of Perception systems of all Self-Consciousnesses Forms that structure Space-Time. Figuratively speaking, the Universal Information, with Its characteristic irrkoglictive tendency to activate internal interactions, instantaneously «generated» all the infinite diversity of Form-Creators for an inertial (that is, subjectively implemented in Time and in Space) realization of Its own, «initially» inherent, Creative Activity, «having projected» the universal-tendential realization Principle into their Configurations — the eglleroliftive Impulse that, as such, is the Main Reason of formation of both the Space-Time effect and all possible types of energoinformational interconnections, or that inertial process which we subjectively define as the Form-Creators’ Focus Dynamics. And the Form-Creators’ typical tendency to the Focus Dynamics (refocusings or a constant resonational «reprojection» from Focuses of some fragmented Configurations into Focuses of qualitatively-different fragmented Configurations ) is, in turn, the Reason of appearance and simultaneous inertial manifestation, in Space-Time, of slloogrent Configurations of absolutely all Self-Consciousnesses Forms and types of different-qualitative Collective Cosmic Intelligences formed by them.