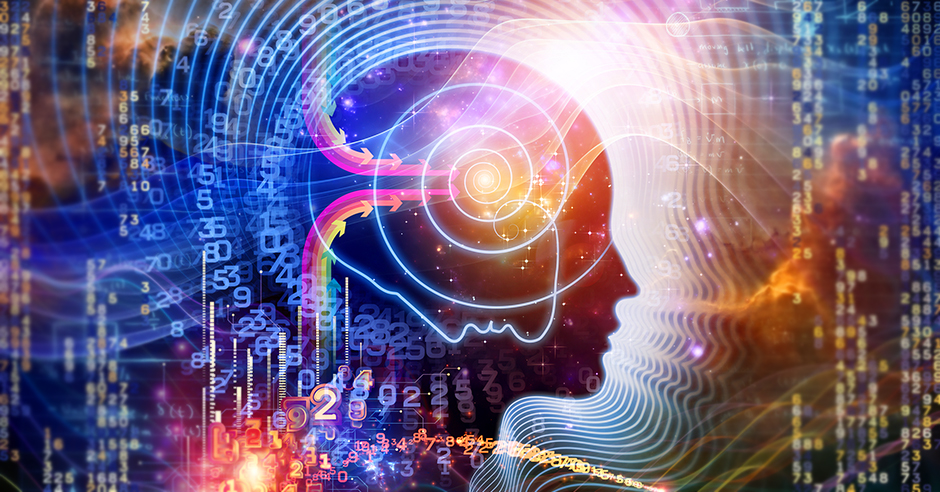 10.0110 Then what is the mysterious and seemingly incomprehensible Universal Focus of Self-Consciousness which not only eternally represents “Our” interests in the eternal Process of common Universal Creativity, but is also the truest (to specific conditions of the Tertiary3 Energy-Plasma) Universal Form of our simultaneous, creative Self-expression?

10.0111 Firstly, UFS is always an energy-information component of the entire life creativity of Forms focused by Us in a single moment, which summarizes everything. The wave Configurations1 of the Forms instantaneously transfer (generate, translate) the received Experience into wave Configurations of other Forms also focused by Us that inertially follow according to their rotation Cycles1 on higher-quality Levels of Energy-Plasma than the previous ones.

10.0112 In other words, if, at the “present” moment, you do nothing to endanger the existence or wellbeing of the НУУ-ВВУ {NUU-VVU}-Form focused by You, then in its (which also means in your) Configuration of Self-Consciousness, this Experience of “a threatening intention”, gained by other Forms of your ЛЛУУ-ВВУ {LLUU-VVU} during an infinite set of sufferings, injuries and “Deaths”, is already present and you already know intuitively what may come out of all this.

10.0113 If, however, the Forms You focus one by one think, feel and act in such a way as to lead to an annoying mistake (a result you don’t expect), then your rotation Cycle is formed not by the highest-quality groups of Stereo-Types, but by those the wave Configurations of which “are encrusted” by lower or middle Levels of Energy-Plasma of the first two IISSIIDI-Centers.

10.0114 The Focus of Close Attention (ССВУУ-ССММ {SSVUU-SSMM}) and its narrow-quality dynamics of Creative Activity is one of the most dynamic components of UFS in the whole Process of simultaneous refocusings. In the energy-information structures of Self-Consciousness, it performs the role of “a wave projector” projecting the moment to moment situational states of the Forms focused by Us on “a multidimensional plane” of any ethereal structures of a particular “rezonation zone” of Space-Time.

10.0115 With the help of this component part of UFS, we have the possibility, in our infinite studies of the Universal Reality, to become specifically linked up with interesting (that is to say, not yet explored) combinations of Aspects of some of the Pure Cosmic Qualities1. These Aspects have been part of wave Configurations of Forms since the beginning, while wave Configurations of Forms structure by themselves the various subjective realities which combine rezonationally with different Time Flows.

10.0116 ССВУУ-ССММ {SSVUU-SSMM} scans all possible variants of the continuation of our rotation Cycles from a skrruullerrt system1 and draws or “filters” from them only that variant which at a given moment seems the most attractive and interesting to us (that is, which resonates to the utmost with our current wave Configuration). Thus it allows us actually (psychically and biologically) to become exactly “this”, so that we can experience in its entirety that which is absent or lacking in Configurations (“personal” Experience) of НУУ-ВВУ {NUU-VVU}-Forms focused by Us one by one.

10.0117 At each next inertial moment, in scenarios (which we choose consciously or unconsciously) of Life of the infinite set of Stereo-Types that differ among themselves in qualities, ССВУУ-ССММ {SSVUU-SSMM} gives us the option to perceive ourselves as who we (in these creative dynamics of UFS) mostly are in terms of our inner qualities or to seek after thorough study of additional properties which we aspire to attain at this moment.

10.0118 Therefore, it is the Universal Focus of Self-Consciousness (as a certain qualitative state of Energy-Plasma instantaneously fixed in Space-Time and particularly structured by means of every given НУУ-ВВУ {NUU-VVU}-Form) that is more or less “real”, which by definition best suits our conscious Conceptions of “ourselves” at every active moment of Time.

10.0119 I repeat one more time: “you” — as “a personality”, specifically and instantly manifested in this point of Space-Time — are the total amount of all the projections of different qualities (frequency “displacements” which are inertially, but in fact, simultaneously — in all Forms at once — performed in this Continuum) of UFS in Configurations of all Forms focused by You. In addition, in every succeeding moment of the creative dynamics of your Self-Consciousness, you resonate to the frequency of only one Focus of Close Attention among an infinite set of ССВУУ-ССММ {SSVUU-SSMM}, simultaneously activated in UFS.

10.0120 Let me remind you that the sequential inertial dynamics of the Focus of Close Attention of “personality” focused by Us create, in energy-information structures of our Self-Consciousness of different quality, deeper and more stable dynamic states which I define by the term the Focus of Creative Activity of a given “personality”.

10.0121 That Focus can be explained (of course, schematically!) in terms of the frequency in the total creative dynamics of this rotation Cycle as the resulting Vector that belongs to a particular frequency range of Energy-Plasma. Each “personality”, in each period of its Life (not at each instant, as for ССВУУ-ССММ {SSVUU-SSMM}!), has its own typical, slightly “floating” (in a certain frequency range) dynamics of the Focus of Creative Activity.

10.0122 I repeat: this most important parameter of a “personality’s” creativity in Life is qualitatively more stable and cannot be changed in the same abrupt manner as may happen with ССВУУ-ССММ {SSVUU-SSMM}. For example: “At this moment, I am interested most of all in this thing, and later this thing becomes uninteresting and I already want a second thing, and in an hour or two I want a third, a fourth, … a tenth, … a twentieth thing”.

10.0123 But all these incessant “swings” in mood and in taste, in desires and interests, all these emotional experiences that “jump” from one state to another, preferences, prerogatives, and then disappointment in them — all this to a greater degree takes place in a certain (characteristic of this “personality” at this period of its development) quality range of incessantly made choices. This range is the objective reflection of dynamics of the Focus of Creative Activity of the Self-Consciousness of “a personality”, which is characteristic of “the personality” at this period of its Life.

10.0124 But over time, the activity of some СФУУРММ { SFUURMM}-Forms in the Self-Consciousness of this “personality” will give way to the activity of other, either higher-quality or lower-quality ones. This will result in a substantial change of tastes, Desires, and values. Then, the dynamics of its Focus of Creative Activity will also change the limits of the range that previously had been typical of it.

10.0125 The inertial creative dynamics of Self-Consciousness of each one of countless “personalities” of an infinite number of Formo-Types that structure innumerable sets of ЛЛУУ-ВВУ {LLUU-VVU}-Forms (and other Proto-Forms) of ГООЛГАМАА-А {GOOLGAMAA-A} are structured by specific inertial dynamics of the Focus of Creative Activity. The specific dynamics, in turn, are completely determined by the “moment-by-moment” dynamics of the Focus of Close Attention (which also completely depend on the process of “moment-by-moment unpacking”, in the temporal ethereal constituent2 and “unfolding”, in outer Space-Time, of initially programmed (for this rotation Cycle) dynamics of УУ-ВВУ {UU-VVU}-Forms that structure this constituent).

10.0126 And all these endless quantities, numbers, sets… are organized and acted on by You through the simultaneous dynamics of Universal Focuses of Self-Consciousness that easily and freely penetrate all types of Continuums and Conversums with their ОЛЛАКТ-ДРУОТММ {OLLAKT-DRUOTMM}-systems and ФЛУУ-ЛЛУУ {FLUU-LLUU}-complexes. All these UFS reflect the Cosmic Principle of Your infinite, simultaneous Existence manifested in detail in different-quality structures of Energy-Plasma.

10.0127 UFS is You, the One in all Forms, the One Who initially created all these Forms, Who became them and studies them Himself, Who realizes and implements all initial “Programs” and then simultaneously and impartially observes both their perfect fulfillment and the Observer Himself. This is the deeper, Cosmic Essence of Your-Selves.

10.0128 All Your innumerable energy-information, “personalized” Flows are simultaneously and differentially integrated into all infinite Spaces and inertial Times from this initial Essence. You specifically express Yourself in each of the “personalized” Flows as a certain (manifested “moment-by-moment” in particular parameters of Time and Space) dynamic result of the continuous realizations of countless objective Causes-Effects (because they are unchangeable, that is, initially included into the Configuration of each of the Stereo-Types chosen by You for study). They are subjectively and formally united in the structures of Self-Consciousness of Forms focused by You and manifested in the frequency range of Space-Time You study as an incessant, dynamic flow of “individual”, instantaneous reactions of Your illusory “personalities”.

10.0129 Now, on the basis of the structure of Creation already known to us, set forth in detail in Fundamentals of Iissiidiology, we can most definitely and with full certainty say that there is not any temporary or final “Death” for any “human being” (especially not for any human being!); there never was, and simply cannot be, by definition of the infinite conception of Life!

10.0130 Indeed, the creative Process which is perceived by each of us as “his personal Life” is just a subjective reflection (in specific — that is, produced by Illusion! — Formo-systems of each Reality) of One Principle of Creative Manifestation and infinite coexistence of many various Forms of Universal Superintelligent Energy beyond the Space-Time properties that limit It.