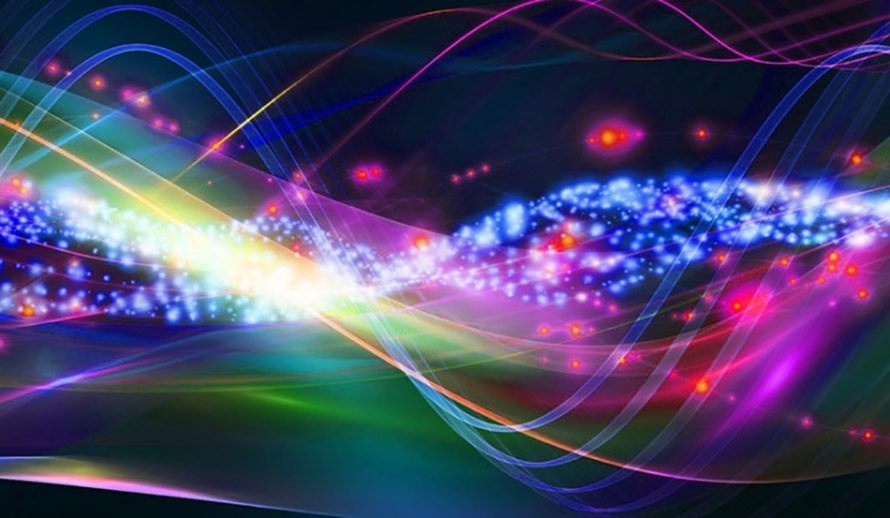 1.0037 The Universal Superdeveloped Substance of the Macrocosmos’s Cosmic Entity (figuratively interpreted as Energy-Plasma in IISSIIDIOLOGY) is simultaneously the energoinformational Basis, the universal Means, the initial Cause, and the regular Result of the multidimensional manifestation of the entire infinite set of Self-Consciousnesses Forms of Cosmic Entities’ Collective Intelligences. It is the initial Essence of Everything that eternally is on all multidimensional Levels of all possible kinds of Existence of absolutely all Collective Intelligence Forms whose Creativity structures the WHOLE Macrocosmos. Energy-Plasma simultaneously represents both the inexhaustible Source of Universal Energy (Cosmic Intelligences Forms), and the eternal Repository of all Universal Information (Knowledge, Thoughts, Feelings, Conceptions, and Experience). Everything in the Macrocosmos is structured and manifested by This Unified Superintelligent Substance, Which cannot be discretely defined either as an Entity, Energy, or as Information in isolation from Its universal state, because It represents «ALL-IN-ALL»: both this and that, a third, and an infinite set of other things, about the existence of which we have no Idea.

1.0039 Each part of your outer reality, as well as every component element of the dynamics which you cannot psycho-mentally and visually perceive, — from physical fields and elementary particles to galaxies and Universes, — absolutely EVERYTHING in the state of Creative Activity of This Substance is in Existence (Exists eternally, is alive) and is Self-Conscious; and, being specifically manifested in some Energy-Plasma conditions on its typical Level of subjective Self-perception, it always represents a unique kind (Configuration, Form) of Self-Consciousness. There simply cannot be anything «dead» or «inanimate,» «primary» or «secondary» by definition, because the whole totality of Configurations of each Self-Consciousness Form simultaneously manifested in various Worlds’ Form-Systems, regardless of the Level of its objective manifestation in Space-Time, are potentially structured by «projections» of the same Fields-Consciousnesses (Form-Creators + Info-Creators) as Energy-Plasma in whole.

* See the spheroidicity principle in the last subsection of Axiomatic Conceptions of IISSIIDIOLOGY.

1.0041 This self-propagation («self-projection»), in turn, is carried out in accordance with the Principle of objectively-conditioned, duvuyllerrt sequence of performing any different-qualitative transformations of the Focus Dynamics of Self-Consciousnesses Forms. Any Form of qualitative manifestation of a Collective Intelligence, as a structural part of Energy-Plasma, is manifested in its entire objective multiplicity only in one single moment, and the effect of «time» (duration) in existence of anything is formed in the Self-Consciousness of each Form owing to the simultaneous difference in the quality (multipolarization) of the Form’s subjective Focus Dynamics. That is, until there is any Focus Dynamics between different objects with energoinformational interaction, Information that is typical of a Self-Consciousness will be manifested by means of naturally-formed Forms whose focal Configurations structure certain combinations of Time and Space.

1.0042 The subjective processes that are carried out inertially in Perception systems of different-qualitative Self-Consciousnesses Forms, in each particular case, generate unique space-time modes for an individual manifestation of each of these Forms; moreover, the low-frequency characteristics of your «current» Self-Consciousness structures makes it impossible for you to see for yourself that there are simultaneously other, infinitely diverse and happening in parallel, thinking-feeling processes which, nonetheless, are also subjectively perceived and individually expressed by all your other «personalized» Interpretations. Any Self-Conscious Element in the Macrocosmos, regardless of whether we consider it an elementary microobject (field, elementary particle) or the most complicated macroobject (Galaxy, Universe), is a Universal Form of Collective Intelligence in the general slloogrentness of Energy-Plasma, and this Form is structured by the different-qualitative, creative, beyond-time dynamics of an innumerable set of multidimensional Self-Conscious Elements — Self-Consciousnesses Forms (which, in turn, are also structured by Fields-Consciousnesses of both higher and lower quality as compared to the general Focus Dynamics of this Form’s Configuration).

1.0043 The energoinformational Essence of Energy-Plasma in whole seems constant (in our subjective understanding!) and infinite in all senses typical of our Ideas about the Macrocosmos. I can compare this state with a fully completed piece of art, a masterpiece painting which is hanging on the wall and can be observed by everybody. The painting is quite complete in outward appearance, but within the vivid chemistry of thick layers of paints, in its biological structures and in mechanical connections of many mutually-interrelated threads of the canvas, in the visually imperceptible psychological impressions of the artist who was somehow dissatisfied with the idea, creative processes still gradually continue to change, to imperceptibly develop, and to become more perfect. In addition, depending on a particular time of day, air humidity, brightness of illumination and the point of view of an observer who admires the picture, the observer’s mood and cultural background, the impression made by the painting will change every time, transforming into new and new inner psychological states.

1.0044 The same applies to Energy-Plasma: from the point of view of some Levels — even if they are the highest ones! — of subjective Perception, It may seem absolutely constant and harmoniously completed, but at the same time It is filled with the internal «dynamics» of Its inner Meaning, Which we define as Cosmic Laws with Their Principles (Creative Realization Mechanisms), as well as motivated (by Them) Creative Impulses (for example, eglleroliftive, irrkoglictive, and others). It is possible to state more authentically only about energoinformational constancy and «a static state» of Its «Creation,» or That which we interpret as «the Macrocosmos.» However, we should bear in mind that we do not have all the Information involved in This «Creation,» but have just a little part of it that forms the basis of the Macrocosmos’s synthetic States in a comparatively very narrow manifestation spectrum of Energy-Information — from the hypothetical zero dimension to the «human-type thirty sixth» dimension. It is possible that on deeper manifestation Levels of Self-Consciousnesses Forms everything is slightly or even completely different from our current Conceptions.

1.0045 In order to figure out this difficult question, you should deeply understand and clearly picture to yourself that the entire infinite set of Configurations of different-type Universal (from the 0-dimension to the 36th dimension) and SUPRA-Universal (from the 0-dimension and above the 36th dimension) Cosmic Entities (TII-YY-TII) represents just a structural content of the Macrocosmos, or a common slloogrent Form of simultaneous joint manifestation of Energy and Information (Energy-Plasma). Here, you should consider very thoroughly «what is what,» otherwise you will be completely confused. So, the Macrocosmos and Energy-Plasma are like Yin and Yang in Taoism, like light and shadow, unable to be apart from each other.

1.0046 Energy-Plasma constitutes «an internal Essence» of One Whole Cosmic Creation, and the Macrocosmos constitutes the infinite multiplicity and multivariance of Its Universal Content, or, figuratively speaking, all the diversity of Conceptions of «the Initial Essence» (Energy and Information) about «Itself.» Of course, any Self-Conscious Element of the Macrocosmos, in its typical manifestation Form, is inseparable both from Energy and Information, through which the Element is specifically represented in One Whole Creation. How is it represented? It is represented by the joint Focus Dynamics of Form-Creators and Info-Creators.

1.0047 Let’s consider the most primitive example with an arithmetic operation: a + b = c, where a, b, and c are variables that can have any value out of an infinite set of numbers. The addition operation describes a certain abstract principle that establishes a unique dependence between the variables. It turns out that two {oranges} plus three {bananas} equal to five {fruit}. Here, bananas, oranges, and fruit are the material specifics of the discrete addition principle, which is typical for our subjective Perception system. The specifics can be compared with a certain fragment in the Macrocosmos, while the addition principle without a particular material carrier does not reflect any regularity, and represents a certain fragment of the general State of Energy-Plasma till the moment of its manifestation through a particular Self-Consciousness Form.

1.0048 Or let’s take another example: we can figuratively compare traces of waves formed on the sea shore sand (as billions of waves form an innumerable set of all possible patterns on the sand) with the infinite multivariance of the Macrocosmos’s «pictures» manifested in the Focus Dynamics of Self-Consciousness. Moreover, the sand (the focus part of Energy-Plasma, or Form-Creators — Energy, Space and Time, Rezomirals) and water (the information part of Energy-Plasma, or Info-Creators) actively and constantly interact with each other, intermix and complement each other, but always remain as they are.