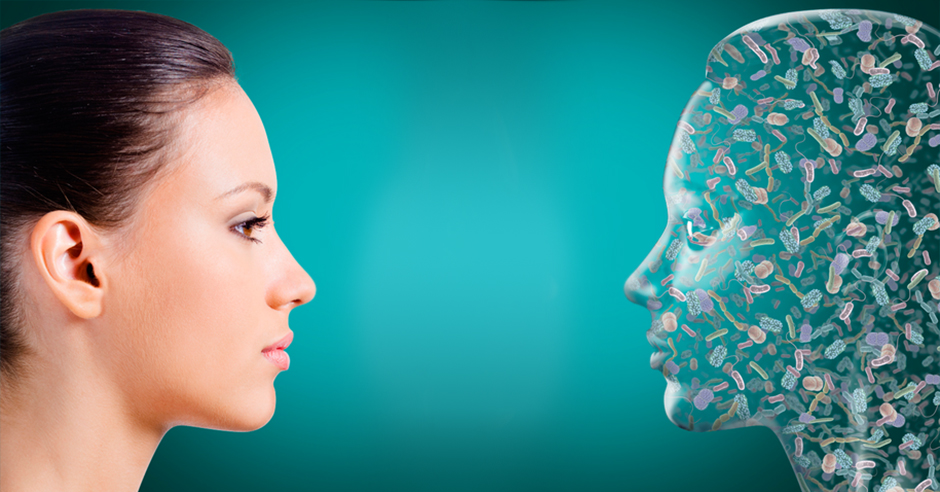 § 1.2.2.2. The human microbiome. The biosphere is a huge pangenome. Influence of diffuzgentniy SFUURMM-Forms on our Focus Dynamics

1.0279 I would like to note that since all microbes constitute up to 5% of the mass of a body, then a 70-kilogram person has about 3.5 kilograms of bacteria. The human microbiome is structured by 500 — 5,000 kinds of bacteria and over 11,000 kinds of various persistent (from Latin persistens — persevere) viruses (in the human genome, endogenic retroviruses constitute 1.3% of the genome length, while «human proper» encoding genes equal 3%), protozoa, as well as by fungi represented in our biological bodies by eight million bio-Creators of unique encoding genes, while the main functions of human proper cells of our organism are provided just by 20-22 thousand genic bio-Creators that encode proteins for our metabolism. In other words, the content of bacterial genes in biological analogs of NUU-VVU-Form-Types is almost 400 times as much as that of human genes.

1.0280 Protoformal bio-Creators of viruses and bacteria not only structure our cells but also control immunity and a large part of our functional systems: digestive, genitourinary, endocrine, and vegetative systems. For example, in order to support functionality of the microflora in intestines a human body spends 20-25% of eaten nutritive substances, and 10-15% of energy received with food. Since the mucous membrane of intestines includes about 80% of immunecompetent cells, and 25% of its surface consists of immunoactive tissues, it is possible to say that intestines represents the largest «immune organ.» Thus the microflora of intestines actively participates in the formation of both local (activation of IgA production, phagocytic activity) and systemic immunity, while the presence of bacteria in the organism has a constant training antigenic effect.

1.0281 On the one hand, bacteria that live in our organism also take part in the inter-Qualitative Synthesis of Form-Creators of the LLUU-VVU-oriented Direction (some hormones, vitamins, growth factors, mutagens, antibiotics are being generated with their background activity). On the other hand, the microbic bio-Creators are assisted by the bio-Creators of the hormones to switch on and off their genes. When people interact with various kinds of animals, plants, as well as with water and minerals, a mutual interchange occurs between bacteria that results in a genetic recombination. There are many properties acquired by microbes in interspecific interaction with each other. They synthesize all the incoming Information, preserve it, constantly improve it, and actively introduce it into DNA of the Proto-Forms inhabited by them (spore-forming microbes and viruses are long-storage accumulators for genetic Information). In addition, constantly evolving, many of them incorporate the genes captured from protoformal bio-Creators into their chromosomes and preserve them, transmitting the borrowed genes to the complex-structural organisms of animals and plants whose bio-Creators have a resonational effect to this Information.

1.0282 We exist in a flow of interchangeable genes that are continuously transmitted between bacteria, plants, animals, and people. People constantly propagate their genes in the environment (not only materially, with little parts of the physiological organism and on burial grounds but also on the wave level); and the environment, in turn, continuously enriches NUU-VVU-Form-Types focused by people in different ways with the genes that maximally meet their essential needs and realization interests. From the point of view of interspecific Evolution, all biological Proto-Forms may be characterized as habitation environments for microorganisms that produce new genes that give rise to new Self-Consciousnesses Forms. This is why it is possible to state in the full conviction that the Earth biosphere represents a large-scale pangenome — a well-functioning system of energoinformational interconnections between genic bio-Creators constantly exchanged between all strains of microbes and bacteria. Therefore, the biosphere is the whole aggregate of genes of all living organisms.

1.0283 By the way, the evolutional function of «Death» becomes clear taking into account the above information: microbes have created some special genic modifications in an organism, as a result, after the organism fulfills its biological function, it must die in order to let other bio-Creators of microbes assimilate this Information, reproduce it, and introduce it into genomes of other organisms. The point is that dead organisms release gigatons of extracellular (free) DNA into the environment, that is, molecules with the whole specially encoded organization of Life on our planet.

1.0284 Within the lifetime each of us hourly «disseminates» about 40 million bacteria into the environment (during conversations, with perspiration, in body contacts, in public transport, to say nothing of kissing, coughing, and sneezing), whereas, in contrast, after our «postmortem» refocusings, this amount increases by several orders (depending on a duration of decay of biological bodies). The main purpose of the bio-Creators of free DNA that constantly add new strains of microbes and bacteria to the environment as a result of «Deaths» of countless biological organisms is the intraspecific and interspecific redistribution of genetic Information that forms the basis of duvuyllerrt (but completely different) formation of the biological contents of each Continuum groups.

1.0285 Since synthesized SFUURMM-Forms of the bio-Creators transmit Information typical of all diffuzgent Proto-Forms into our Focus Dynamics, in some way or other participate (in the background) in the human Synthesis Scheme, and their Configurations do not have the VVU-feature characteristic of people (a special type of kleksing typical of the Focus Dynamics of the Form-Creators that realize refocusings in the LLUU-VVU-oriented Direction), then, being involved in our Focus Dynamics, they give rise to unconscious reactions in our Self-Consciousness that are incomprehensible to our mind: either thirst, hunger, tiredness, and need for a rest; or an irrepressible desire of rude sex typical of wild animals; or sudden aggressiveness and bloodthirstiness typical of predators; or an unaccountable fear, phobia or horror that unconsciously incite the only desire to run hastily away or hide somewhere.

1.0286 Very often, when we panic or fear anything, a deep analysis of current circumstances convinces us that this situation does not expose us to any danger. For example, an instinctive fear felt by many people in front of harmless mice, rats, frogs, reptiles, and insects, the fear of darkness, water, noise of the wind, thunder-storm, and so on, — all of this and a lot of more is the result of resonational involvement (in our Focus Dynamics) of SFUURMM-Forms of those animals that perceive these circumstances as a danger (usually these specific symptomatic states — phobias — indirectly indicate that the Focus Dynamics of «a personality» are overwhelmed by the tendencies typical of the Form-Creators’ Focus Dynamics of certain protoformal Directions).

1.0287 We resonationally involve in our Focus Dynamics only those destructive protoformal SFUURMM-Forms that have undergone a process of specific qualitative decoding (adaptation of meaning) and logical consideration typical only of the human principle of thinking, whose Configurations already include the comprehensible VVU-feature (the type of kleksing that corresponds to possibilities of the Perception systems of biological NUU-VVU-Forms — our type of thinking and feelings), due to which we understand their meaning; moreover, we attract them not from protoformal but from human Rezomirals and corresponding OLLAKT-DRUOTMM-systems. Each such kleksed SFUURMM-Form is immediately «projected» into the Self-Consciousness structure (information space) of «the personality» that «unpacked it,» and adds its characteristic interconnections («personal» Experience) to the individual ODS of this «personality.» The division into protoformal ODS and «human» ODS (that, by the way, also belong to protoformal ones, I have singled them out just for convenience of explanation) is merely hypothetical, because each type of ODS is diffuzgently structured not only by its typical SFUURMM-Forms but also by other ones that reflect other Synthesis Schemes.