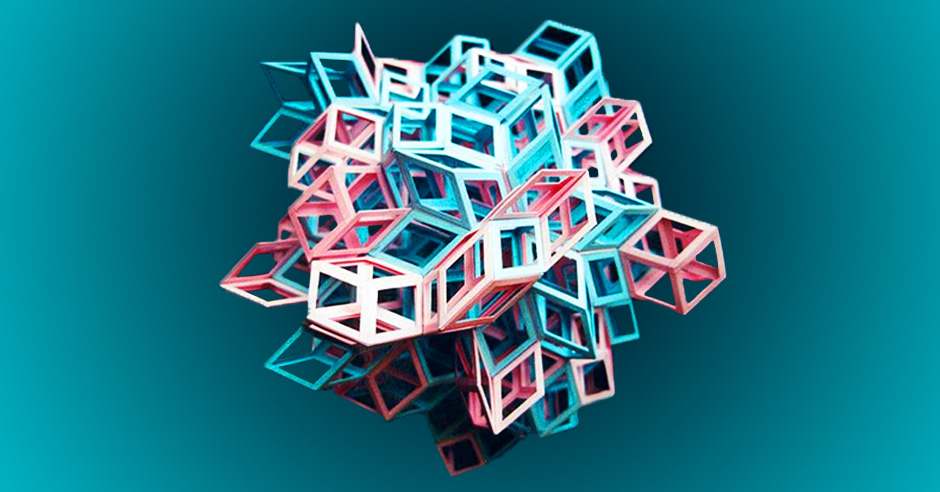 § 1.3.1.2. The Comparison of Worlds Formo-systems with clusters of quasicrystals

The Energy-information saturation of Configurations. The inertial issues, a lack of Energy and corresponding Space Time Continuums. Details of Form's manifestation in rezonational Space-Time point.

1.0394 For example, in particular conditions of subjective human Realities that structure our Continuum groups, objective conditions are much less favorable for a stable resonational manifestation of those Self-Consciousnesses Forms whose NUU-VVU-Configurations are formed mainly by low-frequency and protoformal (not by near-LLUU-VVU-oriented) focal interconnections, as compared to Self-Consciousnesses Forms that structured medium- and high-frequency near-LLUU-VVU-oriented types of focal interconnections. Of course, the compatibility between religious, scientific, social, and other Conceptions typical of «current» Conceptions of people concerning the outer World and those that structure the Focus Dynamics of people in other STC groups plays a crucial part.

1.0395 I may figuratively compare particularities of inertial manifestation of Worlds’ Stereo-Types (together with all Configurations of Self-Consciousnesses that structure them), that resonationally combine into different-type Worlds’ Form-Systems and into the entire infinite set of subjective Realities formed by them, with properties of enormous clusters of quasicrystals. This comparison might be incomprehensible to many of you, but I will try to explain why this image came into my head. The nature of a quasicrystalline state of matter is still a mystery to our scientists, but using the iissiidiological Knowledge they can find a comprehensive answer to this riddle as well as to many other present paradoxes and inexplicable phenomena.

1.0396 According to modern scientific conceptions, a quasicrystalline state (which I figuratively «project» onto focus structures of Self-Consciousnesses Forms manifested in specific conditions of the 3-4-dimensional diapason) is intermediate between a crystalline state and an amorphous state. People usually refer to quasicrystals as solid, long-range ordered alloys of metals, whose diffraction peaks have noncrystallographic symmetry. While the structure of elementary lattice cells of most crystals is based on hexahedrons, octahedrons, and tetrahedrons (this determines the development vector of the Focus Dynamics of their Form-Creators from the quantum-wave into doolls-level spectrum of manifestation — that is, from the 3-4-dimensional into the 2-3-dimensional diapason of manifestation); in contrast, the structure of quasicrystals may be called icosahedral, that is, potentially oriented to a sequential increase of the quality of Form-Creators’ Focus Dynamics from the conditions typical of the 3-4-dimensional diapason into the 4-5-dimensional conditions of manifestation.

1.0397 Let me remind you that an icosahedron is a polyhedron with 20 faces each of which represents an equilateral triangle; it consists of 12 vertices and 30 edges; it has the fifth-order symmetry: each its vertex — Focus — covarllertly combines five faces that symbolize energoinformational interconnections between different-qualitative «vertex-projected» Form-Creators. These characteristic features allow me to associate quasicrystals with Self-Consciousnesses Forms that structure borderline resopasons between the 3-4-dimensional and the 4-5-dimensional diapasons.

1.0398 Scientists describe the structure of quasicrystals using geometry of space tiling taking into account that icosahedrons cannot be packed without any gaps between them to fill all the Space (due to this, they cannot serve as elementary cells for crystals). The value of elastic moduli of quasicrystals is lower than that of moduli of crystalline phases that have very similar content, while the symmetry that forms them cannot be physically manifested through any crystalline substances. This is why they are much closer to amorphous metals than to crystals (it is characteristic of an amorphous substance to have near atomic order — a crystalline order just within several interatomic distances).

1.0399 Since the discovery of the quasicrystalline state, the problem to create conditions to make its manifestation stable has become the most important for scientists. This very circumstance made it possible to compare the extremely unsteady (for conditions of exactly this subjective Reality!) quasicrystalline state of substance with the principle of inertial rotation Shifts through infinite sequential changes of different-qualitative Stereo-Types’ Configurations in the Focus Dynamics of Self-Consciousnesses Forms.

1.0400 In other words, since each Stereo-Type (just like a quasicrystal) can be resonationally manifested in specific conditions typical of a certain subjective Reality only for a very short interval of time, the Perception system of any Self-Consciousness Form, in a specific way (characteristic of its Form-Creators), continuously and sequentially summarizes all duvuyllerrt focal Configurations of Stereo-Types manifested for a short time into one common Form-image, and creates a complete illusion of «inertial dynamics» of our outer reality in the information space of Self-Consciousness (through activity of our subjective Conceptions): moving people, objects, metamorphoses of flora and fauna, changes of natural phenomena, as well as all the psychological, macrocosmic, and microcosmic «dynamics,» and so on.

1.0401 You should also bear in mind that each human (as well as any other one) Stereo-Type is not anything unreal, like a certain «instantaneous qualitative cut» of one «personality,» which is unable to exist independently. No, this is completely not so: each Stereo-Type represents an absolutely integral NUU-VVU-Configuration with all its typical «personalized» and «interpersonal» interconnections that form the multipolarized Focus Dynamics of Form-Creators of each «personalized» Interpretation that are duvuyllerrtly and simultaneously manifested in different conditions of Space-Time. Each Stereo-Type is structured by an enormous quantity of doolls-level Self-Consciousnesses Forms (for people, there are approximately 386 «doolls personalities») whose Focus Dynamics (functionality of biosystems, psychoemotional reactions) are intentionally coordinated and directed not only by their active interconnections with Creators from irkkulligren, usstukkulyar, and ahsuvvrollent types of human subjective Realities (2.5-4.0 dimension), but also with FLAKS-Creators.

1.0402 We subjectively interpret them as Stereo-Types, but not as Self-Consciousnesses Forms only because limited possibilities of our Perception systems cannot identify their Focus Dynamics every single moment as creativity of human «personalities,» instead, they can perceive them just as a certain aggregate that allows us to interpret a definite amount of such integral NUU-VVU-combinations manifested, for example, for one second, as one «personality» (although a great multitude of them change before our eyes for this short interval of Time!). If we consider our ability to subjectively distinguish Stereo-Types of other Proto-Forms of the outer World, we should take into account that, depending on the degree of covarllertness between our and their Synthesis Schemes, the number of protoformal Stereo-Types that are sequentially changed in our Focus Dynamics per second can also greatly differ in each particular case.

1.0403 In accordance with the constant series of quantum effects produced by Perception systems, in addition to modeling of the subjective Illusion of the outer World, each Self-Consciousness Form continuously and sequentially (owing to various levels of activity, in the Focus Dynamics, of characteristic f-Configurations of animals, microorganisms, vegetable and mineral Form-Creators involved in functioning of the biological organism) changes subjective Conceptions about «itself,» about the form and state of its characteristic biological body, as well as about the state and objects of the outer reality. The fact is that the structure of the whole World around us is not continuously-integral, but «multipixel»; that is, the World is not as completely integral and indivisible as it seems to us, instead, it consists of an infinite set of quantum «pixels,» «encrypted messages» that sequentially change each other and create in our Perception systems an illusory effect of a certain «integrity» and inertial-sequential continuity of manifestation of «ourselves» and everything around us in definite resonational zones of Space-Time.