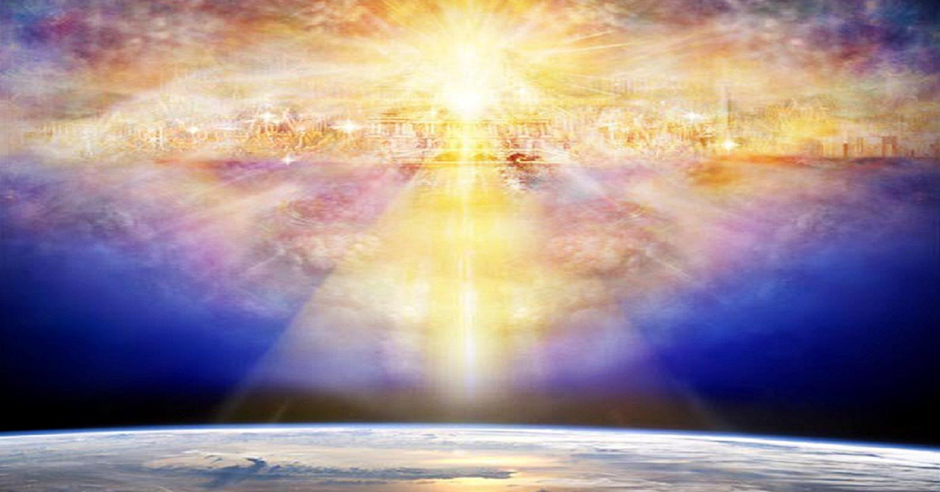 Returning to our Pleiadian Home. Part 14

QUESTION: What happens to our consciousness in the process of the "Quantum Transition"? Does the study of Iissiidiology affect the quality of the "quantum transition"?

Upon any kind of posthumous scenario change (revitalization), occurs only a combination of resonantly similar parts of your consciousness with the consciousness of some of your existing personal Interpretations, existing in other continuums. Posthumous refocusings are of the following types:

Let me remind you that the infinite Existence of each of us as an individual is expressed through a dense intertwining of a multitude of various development scenarios, that is, through subjective links between different Space-Time continuums (Worlds). Such intertwining of individual scenarios in iissiidiology is defined as the "Rotational Cycle". Rotational Cycle schematically can roughly be compared with the map of Moscow’s rapid transit system:

if you need to get from the Planernaya station, say, to the Shchelkovskaya station, then whether you want it or not, you have to get on the train (form a vital / spiritual Interest, program your Purpose or a Dream);

This is just an approximate imprint of a tiny space-time segment of your personal rotation Cycle. However, simultaneously with you, many of your other personal Interpretations also wish to travel to the same station, literally from all other metro stations. Due to the reliability of the "Universal Metro", they will all get to the desired “station” (their individual Dream), at their own time.

To do this, everyone will have to go through many development scenarios, identify with multiple personalities, lose and gain continuously along way…And thus, an entirely different person (individual Interpretation) will arrive at the destination, for whom this entire vital (spiritual) Interest consists in the very possibility of being at the certain “station”. The return to his original station Planernaya, as well as to any of other intermediary stations is not considered; therefore, everything, which at some point has associated him with it (memories, former interests, etc.), became irrelevant and lost its previous meaning, because he is now completely absorbed by his new surroundings.

I tell you all this so that you understand the complexity of individual refocusing process. When we design our spiritual Interest into the image-form of the primary Objective of our life, we outline on the atomic level of our Self-Consciousness a peculiar schema, or a “map” (such as Metro). It combines all possible versions of our simultaneous collective Existence in human biological, bioplasma and plasma Forms. This schema helps us to refocus more favorably in order to achieve our primary goal. This is a very complex process that never happens "in a straight line" or "along the path of least resistance", but, considering the diversity of our current (domestic, selfish) interests, it is implemented in accordance with the primary Objective and in various fashions.

In addition, depending on the category of electrons (slow-, medium- or high-vibration - this corresponds to the level of individual awareness) which are engaged in the atoms of our physical body during the process of creating of any given thought-image, various ways of achieving this Objective will be chosen, because it can be achieved via a multitude of various scenarios. The more high frequency (pertaining to the criteria of Humanity = Intellect + Altruism) and advanced Motivations will form the basis of your prime Objective, the more favorable Paths will be chosen for its implementation.

Thus, we have an enormous amount of choices for the realization of purposeful conscious refocusings, among which the “quantum Transition” will only be one of many vital phases. Absolutely everything in your life depends only on you and no one else! An accelerated Objective achievement Path implies finding advanced decisions, pertaining to the realization of our selfish interests in submission of them to our vital (spiritual) ones. In real life, this can be subjectively perceived as a series of misfortunes, losses, suffering, adversities, hardships, pain, mutilations, disappointments, and so on.

Moreover, if at some points of your Path, the wrong decisions will be generated, the Creators of the collective Subconscious will make corrections to the originally chosen "route" with each such choice, thus, each non-positive decision will increase the distance that separates you from your Objective. This, in fact, will be an indicator of how much your current Self-Consciousness configuration qualitatively and vibrationally still does not correspond with the final Objective you have chosen initially.

The fact, there are certain vibration restrictions, pertaining to the "introduction" of any Conscious-Fields into the individual Self-Consciousness, limiting the frequency range of such implementation. For example, it is impossible to activate in Self-Consciousness of a high-vibration self-development program, unless you have passed the previous development stages. On the upper frequency range, you can not commit any crime, because it contradicts your values. And if such "implementation" does occur, it is only through scenarios with complex “tests”, where an individual can fall ill with varying degrees of severity, pass the test successfully or not, and subsequently revitalize (posthumously refocus) into their more qualitative Interpretations.

Currently, the problem of conscious refocusing into the higher quality continuums is common for all people of the Earth. Our decisions and behavior, our tastes and habits, our character and needs, desires and Interests are influenced by the low-vibration entities (ungs and ssvoons). In that respect, quantum transition reduces the potential for various destructive influences on your Self-Consciousness. The key role of your post-transition scenario will depend on the quality of thought-emotions your consciousness is saturated with, as well as how much your current worldview coincides with the worldview of one of your bioplasma Forms.

Note that all kind, intelligent, honest and generally altruistic people, who, nevertheless lacks or have very weakly pronounced fundamental iissiidiological Perceptions, the possibility of post-IRR into Pleiadian or the majority of Siriusian civilizations, tends to zero. This is because iissiidiological Knowledge forms in the human Self-Consciousness a very unique configuration, which is impossible to recreate by any other means, through the cultivation of any other esoteric, sacred, religious and other perceptions, and therefore, entering the permissible vibrational limits will be impossible. If the change to the bioplasma Form occurs through tairrlidation (photon reformatting) of your biological Form during mass evacuation by starships, later on, in Kampadvolar (the gravity craft arrival Center), when passing through the special vibrational resonant scanners, this "defect" of your Self-Consciousness will be immediately identified.

In this case, you will be moved to one of the Planet-Schools (ААГ-СТР [AAG-STR], МОР-ТРР [MOR-TRR] and O-O). There, before you are "lead out to the world" and provided an opportunity to freely visit other civilizations, you will be taught not only multiple communication methods (where sonic speech, obviously, is not a first priority), rules of conduct, the principles of Immunitantnyy Responsibility and Humanitarian Freedom, but most importantly - the Universal Knowledge of ААЛЛММААЛЛАА [AALLMMAALLAA], Pleiadian analogue of Iissiidiology, still a difficulty for many people. Until you complete the entire learning process and the final identification to the standard photon Frame, you will not be released from the planet. Although the living conditions there do not differ from the most developed planets, they are only focused on the maximum training effect. Believe me, the pleasure and attractiveness of Life there is so enthralling for the newcomers that even the brightest and kindest memories of past earthly life quickly fade compared to the new impressions, knowledge, opportunities and acquired abilities. Your former "personality" will not in any way attract or disturb your memories.

As for the IRR variants, regardless of which civilization’s bioplasma Form you synchronize with by means of high-vibration "remnants" of your consciousness, you will not experience any discomfort with your own memory. Having the appropriate psychic abilities, you will adequately perceive all the details of your parallel incarnations as part of your own Experience.

* refocusing - changing the self-awareness scenario, shifting the focus of consciousness into another scenario (another World).